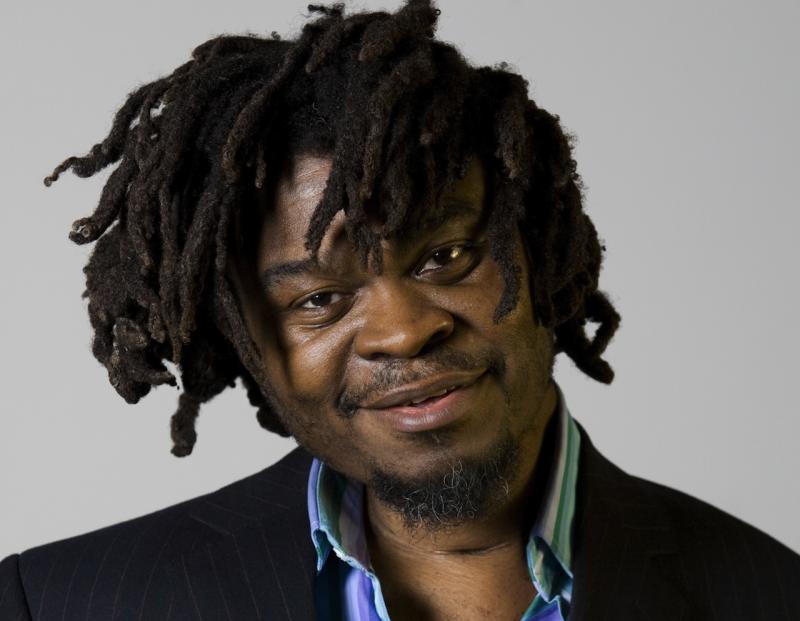 Yinka Shonibare was born in London in 1962. When he was three years old, his family moved to Lagos, Nigeria, where his father practised law.

At 17, he returned to Britain to do his A-levels at Redrice School. Shonibare contracted transverse myelitis, an inflammation of the spinal cord, at the age of 18, which resulted in a long-term physical disability where one side of his body is paralysed.

He then studied Fine Art first at Byam Shaw School of Art (now Central Saint Martins College of Art and Design) and then at Goldsmiths, University of London, where he received his MFA, graduating as part of the Young British Artists generation. Following his studies, he worked as an arts development officer for Shape Arts, an organisation which makes arts accessible to disabled people.

His work explores issues of race and class through the media of painting, sculpture, photography and film. Shonibare questions the meaning of cultural and national definitions. His trademark material is the brightly coloured ‘African’ batik fabric he buys in London. This type of fabric was inspired by Indonesian design, mass-produced by the Dutch and eventually sold to the colonies in West Africa. In the 1960s the material became a new sign of African identity and independence.
Yinka Shonibare readily acknowledges physical disability as part of his identity but creates work in which this is just one strand of a far richer weave. Because of his disability, he is physically incapable of carrying out the making of the work himself, and relies upon a team of assistants to realise his artistic vision for him.

He became an Honorary Fellow of Goldsmiths’ College in 2000 and was also awarded the decoration of Member of the ‘Most Excellent Order of the British Empire’ or MBE, a title he has added to his professional name. Shonibare was notably commissioned by Okwui Enwezor at Documenta 11, Kassel, in 2002 to create his most recognised work ‘Gallantry and Criminal Conversation’ that launched him on to an international stage.

He has exhibited at the Venice Biennale and internationally at leading museums. In September 2008, his major mid-career survey commenced at the MCA Sydney and then toured to the Brooklyn Museum, New York and the Museum of African Art at the Smithsonian Institution, Washington DC. He was elected as a Royal Academician by the Royal Academy, London in 2013.

Shonibare’s work, ‘Nelson’s Ship in a Bottle’ was the 2010 Fourth Plinth Commission, and was displayed in Trafalgar Square, London, until January 2012. It was the first commission by a black British artist and was part of a national fundraising campaign organized by the Art Fund and the National Maritime Museum, who have now successfully acquired the sculpture for permanent display outside the museum’s new entrance in Greenwich Park, London.

In 2014, Doughty Hanson & Co Real Estate and Terrace Hill, commissioned ‘Wind Sculpture’ and it is installed in Wilcox Place, London. Measuring 6 metres by 3 metres, it explores the notion of harnessing movement through the idea of capturing and freezing a volume of wind in a moment in time.
On the 3rd of December, 2016, one of Shonibare’s “Wind Sculpture” pieces was installed in front of the Smithsonian’s National Museum of African Art in Washington, DC. The painted fibre glass work, titled “Wind Sculpture VII” is the first sculpture to be permanently installed outside of the NMAA’s entrance.