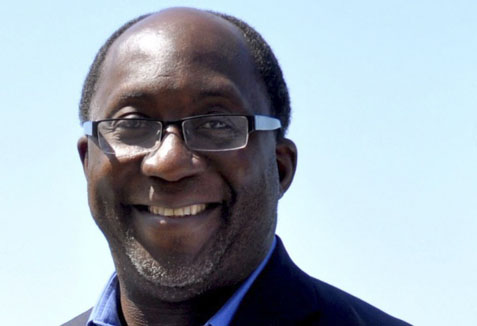 Winston Oluwole Soboyejo is an American Scientist of Yoruba Nigerian parentage. He is a Materials Scientist whose research focuses on biomaterials and the use of nano-particles for the detection and treatment of disease, the mechanical properties of materials, and the use of materials science to promote global development.

Wole was born in Palo Alto, California, USA in 1964. He moved to Nigeria with his family in 1965. Wole is the son of Professor Alfred Sobojeyo of The Ohio State University and Anthonia Soboyejo. He was educated at King’s College London (BS Mechanical Engineering, 1985) and Churchill College, Cambridge (PhD Materials Science and Metallurgy, 1988).

Wole returned to the United States in 1988 to become a research scientist at The McDonnell Douglas Research Labs in St. Louis, MO. In 1992, he worked briefly as a Principal Research Engineer at the Edison Welding Institute before joining the engineering faculty of The Ohio State University in Columbus, OH.

From 1997 to 1998, he was a Visiting Professor in the departments of mechanical engineering and materials science and engineering at Massachusetts Institute of Technology. He served as a member of the Scientific Advisory Board of the Secretary General of the United Nations from 2014 to 2016.

Dr. Soboyejo moved to Princeton University in 1999 where he served as a Professor of Mechanical and Aerospace Engineering and a Professor in the Princeton Institute of Science and Technology of Materials (PRISM). He also served as the Director of the U.S./Africa Materials Institute (USAMI), one of six international materials institutes supported by the National Science Foundation, and the Director of the Materials Undergraduate Research Program in PRISM.

Between 2012 and 2014, Soboyejo served as President and Provost of the African University of Science and Technology (AUST) in Abuja, Nigeria. AUST is a Pan-African university founded by the Nelson Mandela Institutions (NMI). Soboyejo has also served as the chair of the African Scientific Committee of the NMI. In September 2016, Wole joined the faculty and administration at Worcester Polytechnic Institute (WPI) where he serves as the Bernard M. Gordon Dean of Engineering and Professor of Engineering Leadership.

His research focuses on materials for health, energy and the environment. His current projects include the use of nano-materials for targeting and treating cancer; a shear assay technique that may be able to measure the mechanical properties of organelles in the cell; the development of low cost solar cells/light emitting devices; and sustainable approaches to providing clean water, affordable housing and education to people in the developing world.