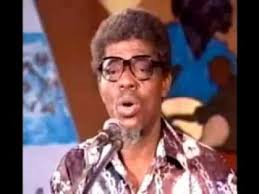 Tunji Oyelana, or Uncle Tunji, as he is fondly called by his loved ones, clocked 80 Years Old on the 4th of October 2019

He is, unarguably, a fantastic actor, a seasoned singer, a brilliant composer, an activist, and a perfect gentleman.

Uncle Tunji was born in the ancient city of Abeokuta, Ogun State (otherwise known as the Gateway State), in 1939 to the late Pa. Zaacheus Oyenuga Oyelana and Mama Eunice Ope-Oluwa Oyelana, nee Afinsulu. He is a folk singer, a social crusader, a renowned actor and was once a lecturer at the premier University, the University of Ibadan, Nigeria. It is worthy to note that most of Tunji Oyelana’s songs are composed in Yoruba language. The former leader of the defunct Benders Band whose popular numbers include Agbal’ode, Alaaru to nje buredi, Guguru perere, epa perere, among others, is a great achiever with a humble disposition.

He pioneered ‘small’ bands in Nigeria, whereby musical bands of three or four members, entertain at parties satisfactorily as an ensemble of twenty or more members will do. In the early 1980s, he teamed up with Nigeria’s Nobel Literature prize winner, Professor Wole Soyinka, to record a musical album that satirized the corruption of the Nigerian political elite.

He came into his own as an ethnomusicologist, producing folk music which ruled the airwaves in the 70s and 80s with a group famously known as Tunji Oyelana and The Benders. Many of his albums would qualify as classics in their genre, deploying native wisdom, folklore and wit, mixed with sparse syncopation and antiphony, relying heavily on the human voice and its inflections to lift the spirit. Radio stations loved to play his music and listeners derived much pleasure from them.

In the 80s, Tunji Oyelana also acted on television (NTA Ibadan particularly), perhaps the most famous of his engagements in this regard is a sitcom titled Sura de Tailor in which he played the lead role. The theme song of that programme soon caught on with viewers:

As an actor on stage and on the screen, Tunji Oyelana took his art seriously and he enjoyed his choice. In the 80s at the University of Ibadan, he was an artist-in-residence in music at the Department of Theatre Arts. Mr Nelson Oyesiku was in charge of classical music, Mr Tunji Oyelana was in charge of folk and comtemporary music, Dr Esi Kinni-Olusanyin (formerly E. S. Kinney) taught the theory of music while Professor Adelugba handled Performance Theory as part of a course at the graduate level titled Theatre Arts Theory and Criticism. It was an impressive mix of theory and praxis. As a professional artist, Mr Oyelana helped to provide practical instruction in music. He was the music director for many of the departmental productions, scoring lyrics to beat and putting young students through; he was a great collaborator in the production process.  Tunji Oyelana’s ability to work with playwrights and directors to bring songs to life for performance was commendable. Once the songs became rehearsal anthems, he would quietly withdraw, his job having been done. He is not a commercial artist seeking cash for talent, but a composer and musician using music to prod the memory, to entertain and to dignify culture.

Of him Dr. Muyiwa Awodiya, a theatre teacher writes in his book, The Drama of Femi Osofisan: A Critical Perspective:

“Tunji Oyelana’s originality and creativity in music have won him great admiration and patronage among Nigerian dramatists. His ancient rhythms are inventively blended with modern melody to give authentic tunes, devoid of any cheap popular jargons. Tunji Oyelana has inspired and collaborated with great Nigerian dramatists like Wole Soyinka, Femi Osofisan and Bode Sowande to record theatre music.”

“Tunji Oyelana’s voice has to be heard to be directly savoured. It is mellifluous. It seems to flow from ancient sources. It recalls a time from very long ago. It is the voice of a poet, and that is perhaps why each of his songs is a poem. It is this quality that has given my plays their splendid assets, and made Oyelana one of my principal collaborators…Tunji Oyelana taught me the usefulness of music in the theatre…he became my preferred musician, the one I gave my working scripts to spontaneously fill in the music for me. That is why his music signatures are all over my work…”

He and Professor Wole Soyinka were both charged with treason in 1996 and forced into exile by General Sani Abacha while touring internationally with Soyinka’s play The Beatification of Area Boy. He currently lives in the United Kingdom.