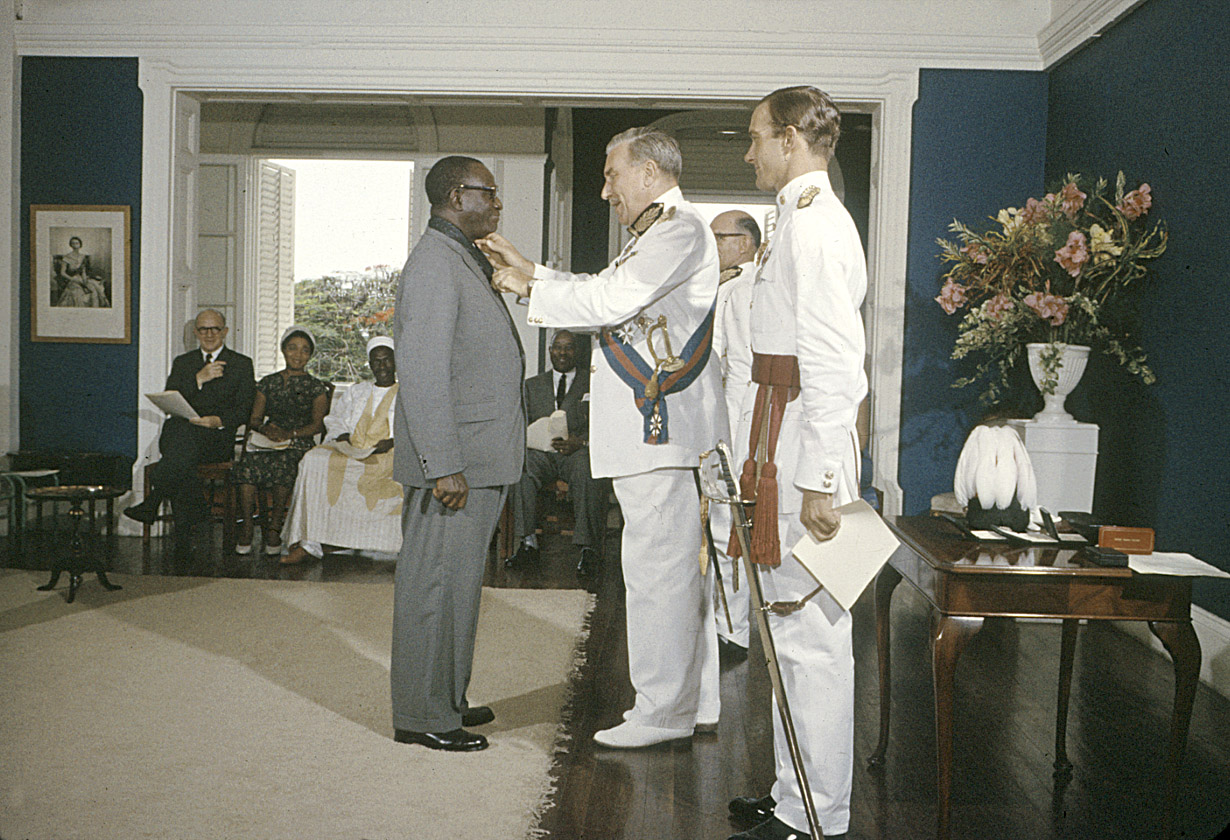 …the Man Who Invented an Excision Knife to Treat Tropical Ulcers

Samuel Olayinka Ayodeji Manuwa CMG, OBE was a pioneering Nigerian surgeon, an Inspector General of Medical Services and a former Chief Medical Adviser to the Federal Government of Nigeria.

Oloye Sir Samuel Manuwa was born to the family of Reverend Benjamin Manuwa. He attended the Church Missionary School, Lagos and King\\\’s College, Lagos for secondary education, completing his studies in 1921.

He then proceeded to study at the University of Edinburgh where he received a bachelor\\\’s degree in Chemistry and Medicine in 1926. He graduated with a several awards: the Robert Wilson Memorial Prize in Chemistry and the Welcome Prize in Medicine. He later went to study in Liverpool thereafter and completed a course on Tropical Medicine. He became a medical doctor in 1934.

He was the first Nigerian to pass the Fellowship of the Royal College of Surgeons (FRCS) examination after which he was called to join the Royal College of Surgeons as a Certified Surgeon and Fellow in 1934.
He returned to Nigeria and joined the Government Health Department of West Africa as a Surgeon. Being African it was a feat that was unprecedented in the history of colonial Africa. He was sent to work all over Nigeria, East, West and North saving lives and also being a source of inspiration to young High School students into the Medical Profession.

During the course of his carrier as a Surgeon, he designed a special Surgical Knife to improve and advance the frontiers of his Profession for treating dreaded Tropical Ulcers. Indeed his professional excellence set a standard for Medical care that made it possible for Africans in Nigeria and indeed West Africa\\\’s to enjoy medical care at the frontiers of Medicine as practiced internationally.

He operated on ten\\\’s of thousand\\\’s of people in the span of his 18-year career as a pioneering surgeon. After 18 years of practicing Surgery, he was appointed the Deputy Director of Medical Services. He gradually walked through the ladder of success in his chosen career, and became the 1st Nigerian Director of Medical Services for West Africa.
Samuel Manuwa later became the 1st Chief Medical Adviser to the Government of Nigeria. Throughout his career, he sought and worked for the improvement of basic health services in the rural areas of Nigeria.

He replicated the Italian terrazzo flooring just as the Colonialists had done in their European Hospital in all the African Hospitals (General Hospitals). Floors in Lagos were properly redone (later named Creek Hospital now Military Hospital Onikan). He saw to it that all resources were made available to fight Tuberculosis, which was then, an African Epidemic neglected by the Colonialists.

Sir Samuel\\\’s support and leadership won Nigeria the fight against Tuberculosis in the 50\\\’s and early 60\\\’s.
As the leader in the Medical Community of West Africa, he ensured that meritocracy and excellence became the benchmark for Medical Practice and Profession. It is safe to say that he was highly revered and respected so much that her Royal Highness Queen Elizabeth II honored him with a knighthood in 1956 for his Professional Excellence and Services to West Africa in the Field of Medicine.

As Inspector General of Medical Services, he worked assiduously for the establishment of a University Teaching Hospital in the country. The result was the creation of University College Hospital, Ibadan, the first biggest Hospital in Africa.

After a distinguished tenure as a Medical Administrator, he handed the baton of leadership to capable associates. Seeing that the nation still needed his wealth of unique experience, the Colonial Government appointed him as the 1st Nigerian Commissioner in the Federal Civil Service.

In his lifetime, he served as a Nigerian Aristocrat, holding the chieftaincy title of the Obadugba on the Ondo clan, The Olowa Luwagboye of the Ijebu clan and the Iyasere of the Iteba lineage, all in the Southwest Region of Nigeria.

Sir Samuel Layinka Ayodeji Manuwa died at the age of 73 in 1976.