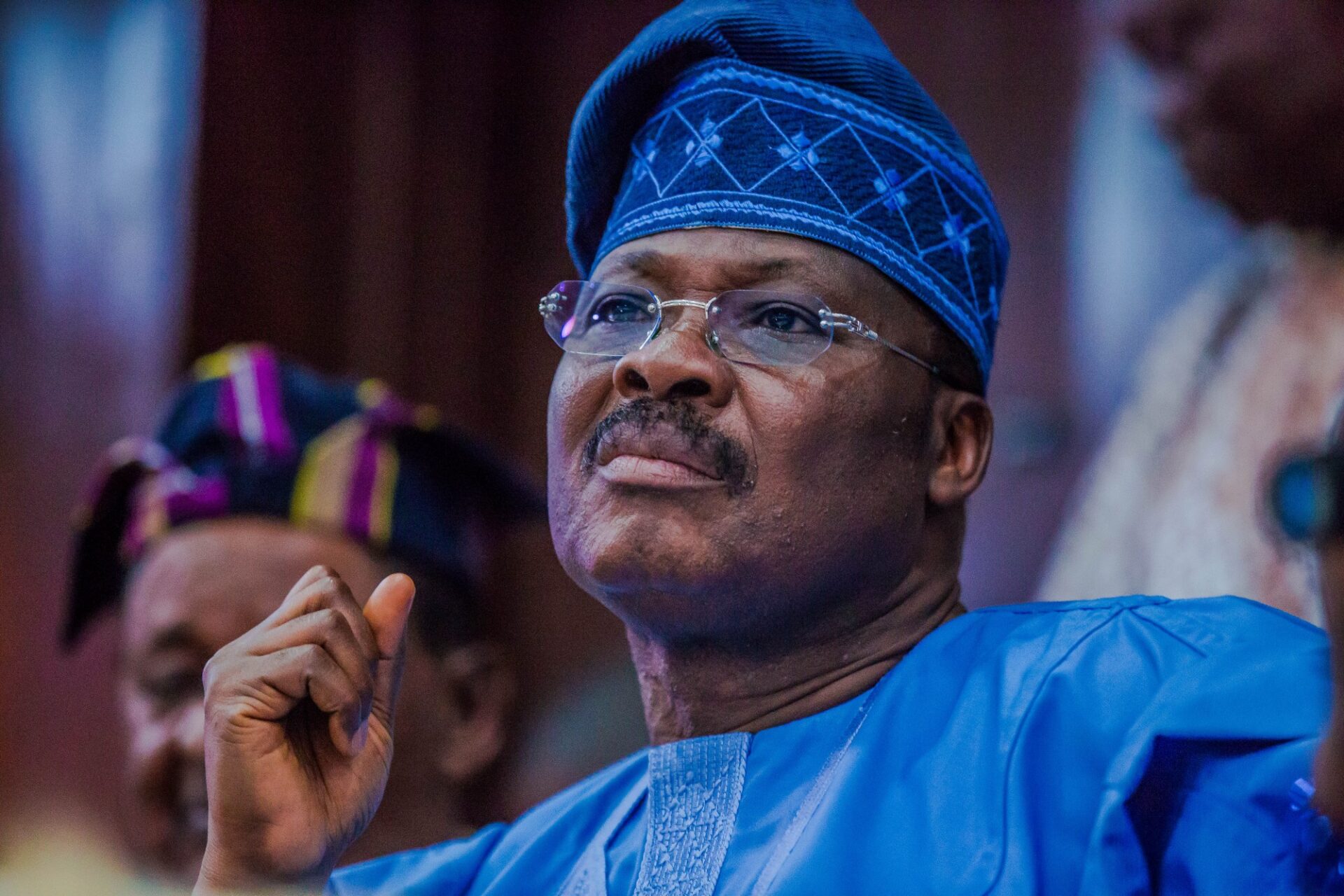 Gov Ajimobi was one of the Pioneer Governors of DAWN Commission, set up by the Governments of the States of Western Nigeria (SoWN) in 2013 to midwife the Regional Integration Agenda for Western Nigeria

As the Governor of Oyo State between 2011 and 2019 and Chairman of the Western Nigeria Governors’ Forum (WNGF), he played a key and vital role in the Integration of the Southwest States of Nigeria

A Quintessential Omo Yoruba, Suave, Urbane …with a broad outlook, he was able to merge his corporate experience with native intelligence which enabled him to serve Oyo State exceptionally well for two terms.

Born on 16 December 1949 to the Ajimobi family of Ibadan and raised at Oja-Iba in the heart of the legendary city, Abiola was ingrained in the arts of politics and administration because his father and grandfather were public servants. His father was a member of the House of Assembly in the Old Western Region and before then, his grandfather was the Sobaloju of Ibadan while his uncle, Honourable N.A. Ajimobi was minister of works and transport in the Western Region.

Ajimobi was educated at Saint Patrick’s Primary School, Oke Padre, Ibadan and Ibadan City Council Primary School, Aperin. He attended Lagelu Grammar School for his secondary education and there, he was active in sports, especially football, athletics, table tennis. He was recognised in these because he served as the school’s Games Prefect.

However, for his university education, Abiola Ajimobi left the shores of Nigeria for the United States. He studied Business Administration and Finance the State University of New York, in Buffalo. For his MBA, Abiola studied Operations Research and Marketing with a concentration in Finance at Governors State University, University Park, Illinois. His remarkable academic credentials and excellent performance at the New York Insurance examinations earned him a place in the employ of the second-largest insurance company in America, Equitable Life Assurance Corporation in Buffalo, New York. There he served as a State Certified Underwriter.

He returned to Nigeria in 1977 and briefly worked with Modular Group (an architectural firm) as the Finance and Admin Controller. He thereafter joined Nestle Foods Plc. as the Operations Controller later served as Marketing Controller. In 1979, he joined National Oil and Chemical Marketing Company as its youngest Consumer Products Manager and from there, he served in various sensitive positions in the company until he rose to become the Managing Director/Chief Executive Officer of the National Oil and Chemical Marketing Company a subsidiary of Shell Petroleum, Nigeria in a record time. In 2003, Abiola Ajimobi contested for and became a Nigerian Senator representing Oyo South district on the platform of the All Nigeria Peoples Party (ANPP). He was the Deputy Minority leader of the Senate while in the Nigerian upper legislative chamber and ran one of the most efficient and recognisable constituency offices in the country. Of a fact, the vocational centre at his Senatorial constituency office in Ibadan is so large and so effective that the Industrial Training Fund adopted it as one of its training hubs.

In 2007 he made an unsuccessful attempt at the governorship of Oyo State, flying the flag of the ANPP. He contested again in 2011 under the Action Congress of Nigeria and became the governor of Oyo State. In 2015, following the formation of All Progressives Congress (APC) he won a historic re-election as the governor and thus became the first person to achieve the feat in Oyo State, an exploit which earned him the sobriquet “Koseleri”. That achievement made Ajimobi a pacesetter governor in the Pacesetter State.

After his eight-year tenure, he sought to return to the Senate in 2019 to represent Oyo South again but he lost the bid. However, he emerged as the Deputy National Chairman (South) of the APC, the position he was serving in before he passed on.

As part of the life he chose to live after exiting political offices, he among other things established the Ishaq Abiola Ajimobi Islamic Centre in Ibadan. The centre incorporates a state of the art central mosque. The Islamic centre was one of his landmark donations to celebrate his 69th birthday in December 2018. The Sultan of Sokoto, Alhaji Sa’ad Abubakar inaugurated the edifice on the day. The chief Imam of Ibadan, Sheikh Abdul Ganiyu Abubakar in recognition of the iconic donation, turbaned Ishaq Abiola Adeyemi, Ajimobi as the Bashorun Musulumi of Ibadan land.

He is survived by his widow, Florence whom he had always held dear for being “a wife and a mother” and five children: Abisola, Abolaji, Abimbola, Ajibola and Ajijola Oluwa.

Abiola Ajimobi was an embodiment of intellectualism, dedication, hard work, and the community spirit; ever willing to give back his intellect, time and resources for the greater good of his State, country and humanity.

Abiola Ajimobi…a big loss to Oyo State and Nigeria at large. A man of impeccable character and an outstanding gentleman.