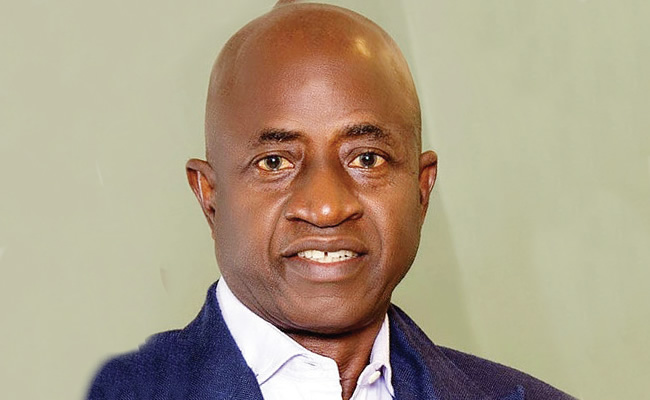 Happy 70th Birthday to an Icon, an omoluabi par excellence.

We rejoice with you as you officially join the league of Septuagenarians.

Considered one of the greatest football players to have ever emerged from Nigeria as well as the continent of Africa, Segun Odegbami is unarguably a household name for football lovers around the globe in the early 70s and late 80s.

Patrick Olusegun Odegbami was born on the 27th of August 1952 in Lagos but grew up in the Northern City of Jos, Plateau state. Segun Odegbami began his football career in 1970 at the IICC of Ibadan (now Shooting Stars) after he graduated from The Polytechnic of Ibadan where he studied engineering. His educational background coupled with his tactical style of play earned him the nickname “mathematical“.

Segun Odegbami came into the spotlight in 1976 after helping his club, Shooting Stars, win the African Cup Winners’ Cup thus making Shooting Stars the first Nigerian football club to claim a continental title. The 181cm tall right-wing forward was famous for his amazing skills, pace and scoring accuracy. His exploits with his football club earned him an invitation to the Green Eagles where he made his debut on the 16th of October, 1976 against Sierra Leone at the age of 24. Coach Otto Gloria enlisted Segun Odegbami into the national team to represent Nigeria at the 1980 Nations Cup which was held in Nigeria. The tournament brought the legendary ‘mathematical’ his fame as he and a group of formidable players like Christian Chukwu, Adokie Amasieamka, Muda Lawal, Felix Owolabi amongst others won the country’s first African Cup of Nations. Segun Odegbami became the joint top scorer in the tournament alongside Khalid Labied of Morroco with 3 goals each. The two goals Odegbami scored against Algeria in the final match of the 1980 African cup of Nations earned him the second position in the African footballer of the year award which was won by Cameron’s Jean-Manga Ougene.

Segun Odegbami captained the Green Eagles at the 1980 Olympics in Moscow, and also led Nigeria through the African Nations cup qualifiers where they eventually lost to the revenge seeking Algeria in 1982. Segun Odegbami who is famous for his jaw-dropping skills and dazzling sprint on the right wing held the captain band 46 times and scored 23 goals during all his time at the national team. This means he scored an average of 1 goal in every two matches he played while being the captain. Odegbami retired from the national team on the 30th of October, 1982 but continued to play for his club (shooting stars) until 1984 when he brought his illustrious career to an end after losing the finals of African Champion Cup (Champions League) to Zamalek of Egypt.

Segun Odegbami remains one of the finest and greatest footballers that has ever represented Nigeria and Africa, and has since become a sports journalist and commentator after his retirement.

In 2015, Segun Odegbami made known to the world his intention of contesting for the seat of FIFA president but eventually withdrew as he could not secure the required backing to make him a contestant.

Chief Segun Odegbami, MON is undoubtedly a man with many sides; he is a professional economist, a successful industrialist, an incorruptible politician, political activist, passionate farmer, prolific writer, an altruistic utilitarian, a loving husband, caring father and dogged nationalist. His is, indeed, an epitome of an omoluabi.

We, at DAWN Commission, are indeed proud of your noble achievements and we have chosen this day to celebrate and honour you for making the Yoruba Nation proud.