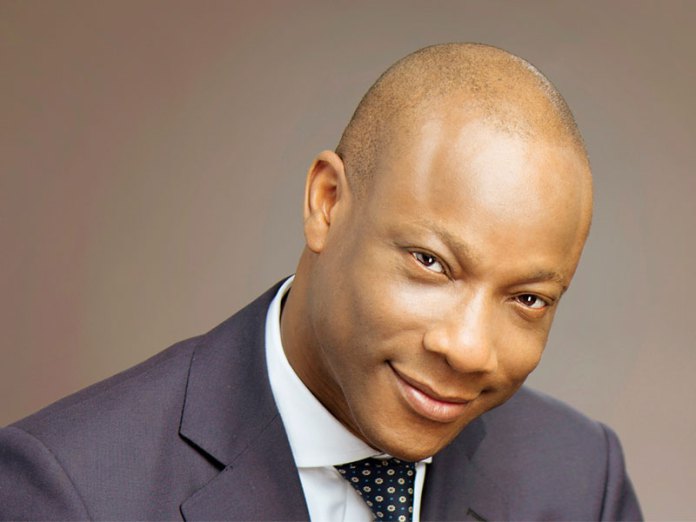 Segun Agbaje whose full name is Olusegun Agbaje was born into the family of Chief Julius Kosebinu Agbaje and Mrs Margaret Olabisi Agbaje in 1964. His father was a banker and his mother a teacher.

Segun got his secondary school education from St Gregory’s college, Obalende, Lagos State. He went abroad for his tertiary education. He got his BSc in Accountancy and masters degree in Business Administration from the University of San Francisco, America. He is also an alumnus of the prestigious Harvard Business School.

Segun Agbaje started his career working for Ernst & Young, San Francisco, USA but left in 1991 to join GT Bank as a pioneer staff. He rose through the ranks to become an Executive Director in January 2000, and Deputy Managing Director in August 2002.

Agbaje was appointed Acting Managing Director in April 2011 when Tayo Aderinokun, then in the terminal stages of a diagnosis of lung cancer proceeded on medical leave. Upon Aderinokun’s death in June 2011, Segun Agbaje was named substantial MD/CEO of the bank.

Agbaje was very instrumental to the introduction of Valucard and Western Union Money Transfer. As Deputy Managing Director, he was also directly responsible for Guaranty Trust Bank Plc’s Initial Public Offer of N2.5 billion in July 2002.
He was also very instrumental in putting together Guaranty Trust Bank’s landmark $350 million Eurobond offering in 2007 and later that year, the listing of its $750 million Global Depository Receipts (GDR) in an unprecedented concurrent global offering in the domestic and international capital markets – which made Guaranty Trust Bank the first Nigerian company and first bank in Sub-Saharan Africa to be listed on the Main Market of the London Stock Exchange.

With over 19 years of investment and international banking experience, Mr. Agbaje oversees the general management of the bank’s day-to-day operations and has earned a reputation as a truly accomplished and highly respected professional within the West Africa sub-region.

His experience cuts across most aspects of the Bank’s business including commercial banking, investment banking, treasury, corporate planning and strategy, settlements and operations.

Mr. Agbaje possesses a deep understanding of the Nigerian business environment, having led the execution of large and complex transactions in financial advisory, structured and project finance, balance sheet restructuring, debt and equity capital raising in the Nigerian Energy, Telecommunications, Financial Services and Manufacturing sectors. In addition, he helped develop the Interbank Derivatives market amongst dealers in the Nigerian banking industry and introduced the Balance Sheet Management Efficiency system.

Segun has been very instrumental in the Bank’s foray into the international capital markets over the years, which has translated into a US$350 million Regulation S Eurobond in January 2007 and a US$750 Global Depository Receipts (GDR) offer that same year, whose listing on the London Stock Exchange made Guaranty Trust Bank the first Nigerian company and African bank to be listed on the Main Market of the London Stock Bourse.

In 2011, he further led GTBank to launch the first Sub-Saharan Africa financial sector benchmark Eurobond when the Bank launched its USD500million Eurobond without a sovereign guarantee or credit enhancement from any international financial institution.

He is an alumnus of the Harvard Business School and holds a B.Sc and MBA from the University of San Francisco, USA. Mr. Agbaje was appointed Acting Managing Director of Guaranty Trust Bank plc in April 2011.