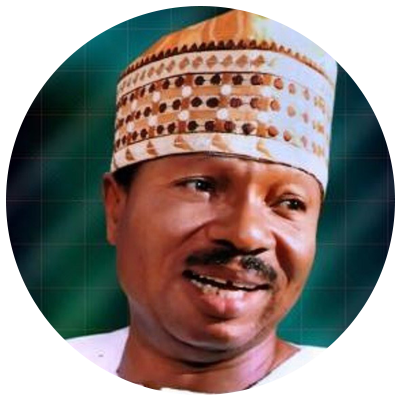 The Development Agenda for Western Nigeria (DAWN) Commission joins the family, academia, media and other well-wishers across the globe in celebrating one of our worthy elders, administrator par excellence, Professor Wale Omole, OFR as he will be clocking 80 on Sunday, August 14th, 2022.

Born to Pa Emmanuel Adedeji Omole and Mama Beatrice Aarinola Omole, Adebowale attended Ilesha Grammar School (1956-1962); had a stint as a civil servant at the Ministry of Agriculture and Natural Resources, Ibadan, before his tertiary education at the University of Ife, an institution that shaped his life, times and remarkable career.

Professor Wale Omole, OFR is a sound academic whose views on agriculture, nutritional biochemistry and health physics are highly respected internationally. He enjoys a rare and singular honour as the first alumnus of the Obafemi Awolowo University, Ile-Ife, to be appointed Vice Chancellor. His appointment as the Vice Chancellor of the University on November 30, 1991 which spanned eight years altogether, was a period that saw Professor Omole applying his vast knowledge on the affairs of the university.

Professor Omole, OFR had his PhD at the University of Alberta Edmonton, Canada between 1971 and 1973. He became a Professor in 1980 and he was made the first alumnus dean of the Faculty of Agriculture in 1983. His groundbreaking inaugural lecture in January 1983 titled: ‘waste recycling in the food chain – turning thrash to cash’ was an idea he conceived long time ago which tied with the Agricultural Transformation Agenda of President Goodluck Jonathan led Government.

The story of Professor Wale Omole’s life from his secondary school, the university and post university days is a great study in resilience, courage and uncommon strength of character. These were the very vital ingredients which he had to fall back on to successfully navigate the very turbulent storm that constantly raged and threatened to truncate his enviable career path. From a very humble God-fearing Christian background, Professor Omole was taught very early in life to hold dearly the virtues of discipline, integrity and hardwork which he combined perfectly along the line with his intellectual and spiritual aspects.

After his second school education at Ilesa grammar school, Ilesa in 1962 and his inability to secure the required marks in his HSC for the award of scholarship to further his studies, Omole, without the consent of his parents headed to Ibadan where he secured employment with the Minister of Agriculture and Natural Resources. This decision took off the burden of paying school fees from his parents as he was able to pay for his university education all by himself. To augment his meager resources at the time Professor Omole did the job of a disc jockey and played the guitar with live band in Mokola, Ibadan. He also leveraged on his good looks to become a much sought-after model for corporate organizations with the additional income he was making from his part-time job. With this, he was able to pay for his tuition fees, feed, buy books, buy clothes and had enough as pocket money at the university at the time.

However, the person that changed the story of Professor Wale Omole’s life completely was his late wife Mrs Folasade Omole whom he described as a simple and elegant woman. Before she died in July 2020, she was the deputy registrar at the Obafemi Awolowo University, and secretary, Institute of Agricultural Research and Training (I.A.R.& T), Ibadan.

Professor Wale Omole is a citizen of the world who has bagged several awards both locally and internationally. He has also played different roles in different fields. He is the Chairman, Editorial Board of The Guardian Newspapers. He was also part of the team that kick started the Yoruba Academy, a multi-disciplinary institution that brings together scholars, politicians, businessmen and experts in Yoruba language, culture, economics, law, science and technology, and governance.

Western Nigeria and its people will never forget the role he played as a member of several committees that later birthed the Western Nigeria Development Agenda which culminated into the setting up of DAWN Commission by Governors of the States of Western Nigeria (SoWN). Together with other likeminds, Prof. Mabogunje has consistently provided intellectual capital to consolidate democracy in Nigeria and has also been very active in driving reforms and improving performance within the public sector. He has also worked hard to put the issue of restructuring on the national front burner and he continues to be at the forefront of the struggle for true federalism.

We at DAWN Commission pray to God to keep this epitome of an OMOLUABI strong and healthy.