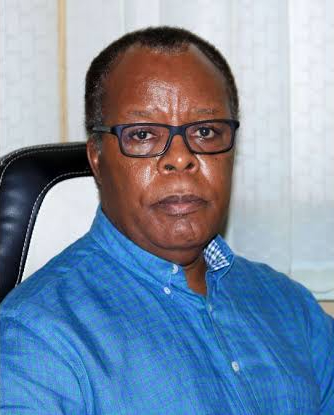 The Genius of Psychiatry and Mental Health @ 70

The Development Agenda for Western Nigeria (DAWN) Commission joins the family, academia and other well-wishers across the globe in celebrating the renowned Psychiatrist, Prof. Oyewusi Gureje, as he celebrated his 70th birthday and retirement from service on Thursday, November 3, 2022.

In the research world and particularly in psychiatry, mental health research and epidemiology, Professor Oyewusi Gureje, popularly known as Oye Gureje is a name which commands profound respect and admiration. His spectacular brilliance continues to dazzle his contemporaries, illuminating the world of scientific research and blazing a trail of excellence and conscientiousness for others to follow.

Gureje is a world-renowned medical scientist and professor extraordinaire of psychiatry and mental health at Stellenbosch University, South Africa and the University of Ibadan. He is regarded as the most influential scientific researcher from Nigeria by Clareviate Analytics – a global ranking institution for researchers.

Gureje has published more than 500 peer-reviewed scientific papers, monographs, book chapters, and other reports and his scientific papers have been cited more than 27,100 times. He has been listed, since 2004 till date, in the “top 1% cited researchers in the area of psychiatry and psychology”. In 2018 and 2019, Guruje was ranked in the elite group of “Highly Cited Researchers” from various institutions in the world, across 21 fields of sciences and social sciences. He is the only research scientist from Nigeria who made the list, alongside 6200 researchers from 60 countries around the world.

The “Highly Cited Researchers” list showcases the significance and contribution of renowned researchers in solving problems and contributing to the body of scientific knowledge and is based on a global bibliometric analysis of the top 1% citations in high impact journals. Guruje has published in the world’s most reputable journals, including The Lancet and Nature journals and he has collaborated with more than 2500 researchers as co-author of scientific publications. He is best known for his work on epidemiology, nosology and global mental health and as one of the leading voices on mental health service and policy development in Africa.

Gureje began his academic career at the University of Ibadan in 1989. He has also been a consultant psychiatrist at the University College Hospital, Ibadan, since 1989. He became the Head of the Department of Psychiatry in both institutions from 1999 to 2003 and 2007 to 2011. Gureje was president of the Association of Psychiatrists in Nigeria (2005 – 2009) and the African Association of Psychiatrists and Allied Professions (2009 – 2014). He was the zonal representative for West and Central Africa of the World Psychiatric Association (2005 – 2008) and has been chairman of its Task Force on Brain Drain (2007 – 2008), as well as being a member of several committees. He is also senior associate editor of Epidemiology and Psychiatric Sciences, associate editor of the International Journal of Epidemiology and of the International Review of Psychiatry.

Gureje was a member of the International Advisory Group for the revision of the chapter on Mental and Behavioural Disorders of the 10th edition of the International Classification of Diseases (ICD-10) and was chair of the Workgroup on Somatic Distress and Dissociative Disorders. He was also chair of the Workgroup on Cultural Guidance and vice-chair, Field Studies Coordinating Group. These activities were undertaken as part of the development of the International Classification of Diseases (11th edition) which was adopted for global use by the World Health Organization in May 2019.

Gureje has been involved in activities focused on strengthening mental health service development in low- and middle-income countries. He also chairs the National Mental Health Action Committee, a policy think-tank of the Nigeria Federal Ministry of Health. Through his work on mhLAP, he has supported policy and service development in Ghana, Gambia, Sierra Leone and Liberia. He was, between 2001 and 2003, a member of the World Health Organisation Alcohol Policy and Strategy Advisory Committee and, in 2009, was the convener of the WHO/WPA Policy Roundtable on Scaling-up of Mental Health Service in Africa attended by ministers of health or their representatives from several sub-Saharan African countries.

Gureje is currently the Director of the WHO Collaborating Centre for Research and Training in Mental Health, Neurosciences, Drug and Alcohol Abuse, situated at the University of Ibadan.

Gureje is a recipient of many research grants, awards and recognitions. He is an honorary member of the World Psychiatric Association, a Fellow of the Nigerian Academy of Science, a recipient of the Osun State award and the Nigerian National Order of Merit Award. He is also a recipient of research endowments from several global bodies such, as the Wellcome Trust, Medical Research Council (UK), Grand Challenges Canada, CBM Australia, European Union, International Development Research Centre, the US National Institute of Mental Health, Global Forum for Health Research and the World Health Organisation (WHO).

DAWN Commission celebrates this academic genius and world-renowned psychiatrist and wishes him a happy retirement from service.