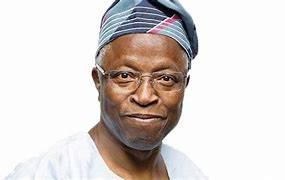 The Development Agenda for Western Nigeria (DAWN) Commission joins the family, academia, media and other well-wishers across the globe in celebrating one of Nigeria’s most distinguished intellectual giants of our time, Prof. Ladipo Adamolekun (NNOM) as he clocked 80 on Wednesday, July 20, 2022.

Ladipo Adamolekun was born in July 20, 1942 in Iju, Ondo State to the family of Joshua Adamolekun, a farmer and Madam Juliana Bama. After his elementary education, he attended Oyemekun Grammar School, Akure where he obtained his secondary school certificate. As he recalled in his memoir, ‘I Remember’, published in 2016, in his first year in secondary school, he was appointed as an Assistant Librarian for reading the highest number of books in the library amongst 120 students in Forms 1,2 and 3.

The young Ladipo can be described as belonging to a meteoric class of students during his primary and secondary education, as well as during his Higher School Certificate (HSC) programme and university education at both the undergraduate and postgraduate levels. As early as his first year in secondary school in 1956, the young Oladipo adopted as his personal motto “per ardua ad astra” which means “through struggle to the stars”. According to him, he came across the motto from one of his first-year Latin textbooks. He was obviously a stupendous and avid reader in his first year.

Again, within a year or two, he added another inspirational statement that reads: ‘the heights by great men reached and kept were not attained by sudden flight; but they, while their companions slept, were toiling upward in the night’. This quote he revealed was taken from ‘The Ladder of St. Augustine’ by Henry Wardsworth Longfellow. This distinguished accomplishment became a spring board that further defined him during his undergraduate and postgraduate education.

When he entered the University of Ibadan (UI) in 1964, he distinguished himself with many firsts in his class and received awards in UI as well as during one-year study programme overseas, all of which culminated in his graduating with a First Class Honours degree in French (major) and Political Science (minor) in 1968. With this solid foundation in UI, he went further for his M.Sc. degree in Public Administration from the University of Ife, now Obafemi Awolowo University (OAU), before proceeding to Oxford University where he obtained his doctoral degree in Administration in 1968, which ultimately produced him as a ‘mature scholar’. From this well-grounded experience, Prof. Adamolekun can be said to be a perfect exemplification of the power of nurture in determining what one can achieve or who one can really be.

He joined the faculty of Administration at the University of Ife in 1968, and from 1979 to 1982, he was dean of the faculty. During his tenure in OAU, Ile-Ife, he focused on the institutions of administration in Africa especially the transplanted French traditional norms of Administration in francophone countries and civil and political management in Nigeria. He also worked as a public sector management specialist at the World Bank for about 18 years. His experience at the World Bank helped to consolidate his reputation as one of the world’s leading authorities in the field of comparative public administration.

In 1976, he published the book, “Sekou Touré’s Guinea“, one of the few English language books on Guinea at the time. His book lauded some of Sekou Touré’s effort in nation building, the diminution of ethnic rivalry and improvement in equality. Though, he was also critical of some of his shortcomings, some critics lamented his failure to enunciate some of the problems besieging the country, including the elimination of Touré’s enemies, involvement in neighbouring countries and Sekou Touré’s failure to improve the standard of living in the country. However, the book was credited as an important step in publishing factual reports on one of the least known countries in the world during the time.

In some of his later studies, he focused on local government reforms and the futility of centralized planning in Nigeria. Adamolekun views on local government and decentralization in the post-independence period is one of de-concentration of power in the local government of many African societies. He also considers as fundamentally weak, top level political and administrative management, which contributed to the failure of government planning. He asserted a lack of imbalance with a connection that both political and administrative leaders share a certain level of weakness. He also sees continuity in the midst of constant regime changes in contrast to perceived belief that regime changes can bring improvement in administrative structures or to the civil service.

One of the most prolific writers in his area of specialization, Professor Adamolekun has published at least 36 books and monographs as well as 111 journal articles and chapters in books on politics and public administration.

In December 2005, he was conferred with the Nigerian National Order of Merit (NNOM), which is the country’s highest national recognition for academic and intellectual achievement. As noted by Isaac N. Obasi, so far, he is the only academic in the discipline of Public Administration in Nigeria to have received ‘the most prestigious award of the NNOM given to distinguished Nigerians who have been adjudged to have made outstanding contributions to the academic, intellectual and professional development of Nigeria and the world at large.’

To mark is 80th birthday, Professor Ladipo Adamolekun released his monograph on the state of the nation, which was in continuation of what has been his life-long vocation of contributing qualitatively to public discourse.

DAWN Commission celebrates this academic colossus, world-renowned public administrator, trailblazer and a companionable gentleman, Professor Ladipo Adamolekun, NNOM and wishes him a good health as he continues in his service to his fatherland and   the world in general.