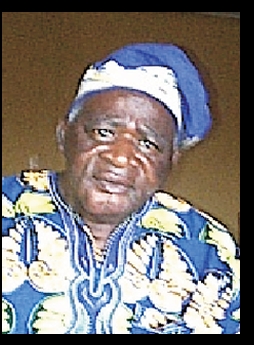 Prof. Adedeji Awoniyi was born into an enriched Baptist Christian Family. His father late Emmanuel Awoniyi Malomo (with his 3 other brothers) were the founding fathers of the First Baptist Church Oke Ejigbo at Ila Orangun in 1926.

He started his working career as a teacher from January 1st 1955 to December 1957 at Baptist Day School, Ila. He proceeded to the Baptist Training College, Ede (1958 -1959) for the Grade Three Teacher’s Certificate. After 2 years of Teaching at 1st Baptist Day School, Osogbo, 1960 – 1961, he returned to Baptist Training College, Ede for his Teacher’s Grade Two Certificate (1962 – 1963). On both occasions at the Baptist College Ede he was honoured as the best all round student of the College.

While teaching at the Primary School (1964 – 1965), and later teaching at the Baptist High School Ede (January – Sept., 1966), he studied as a private Candidate for his London G.C.E. O/L (1965) and London G.C.E. A/L (1966). He performed creditably well and passed all the papers at first attempt, and got admitted to the University of Ibadan in September, 1966 to read B.Ed. Hons (History and Yoruba). Being the best student in the Faculty, he was honoured as a “University Scholar” with full Scholarship of the University of Ibadan. He graduated in June 1969 with 2nd Class Upper Hons. Again, being the best all round graduating Student in the Faculty (1969), he was again honoured as a “Postgraduate Scholar of UI”, with full University of Ibadan Scholarships to pursue his Ph.D which he obtained on 13th August, 1973.

Meanwhile, while still pursuing his Ph.D., he was appointed on merit as an Assistant Lecturer (11th June, 1971) in the Dept. & Institute of Education. His promotion in the University was rapid: Lecturer II (1973) Lecturer I (1975), Senior Lecturer (1977), Reader (1981) and full Professor in October, 1984, (thereby being the first ex-student of the Department of Teacher Education to become a Professor in the same Department).

After 35 years and ten months of meritorious and unblemished teaching career at all levels of education (Primary, Secondary and University levels) (January 1955 – Dec., 1990), Prof. Awoniyi voluntarily retired from the services of the University of Ibadan with effect from 1st December, 1990.

He enriched training on Nursery, Primary and Secondary Education had taken him on several occasions to Australia, India, Singapore, Iran, Italy, Denmark, UK, Canada, USA, France and so on.

A prolific writer, with many of his books in use at the Nursery, Primary, Secondary and University levels, Prof. Adedeji Awoniyi was at a time, the Chairman, Governing Council, Osun State College of Education, Ilesa (1997 – 1999) a prominent member of the Governing Council, LAUTECH, Ogbomoso, (1999 – 2003). He was a member of the panel instituted in December 1989 by the then Oyo State Government (including the present Osun State) that produced the document that led to the establishment of what is presently, LAUTECH Ogbomoso. He was once a member, Board of Directors, BCOS. (1983 – 1984).

A public affairs analyst, Prof. Adedeji Awoniyi is a well known TV and radio personally and admired as the moderator, Agborandun: Eri-Okan Programmes on NTA, BCOS, and Radio Nigeria.

Prof. Adedeji Awoniyi has also been honoured with a chieftaincy title as The Asiwaju Agbaakin of Ede Land (1981).

DAWN Commission celebrates you Sir.
You are an Akinkanju!!!