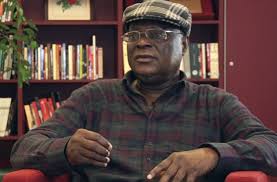 Professor Babafemi Osofisan is a famous Nigerian writer, critic, poet, novelist, essayist, lecturer, editor, publisher, culture activist and playwright in Nigeria. He has written and produced over 50 plays. Numbered among them are Midnight Hotel, Morountodun, Who is Afraid of Solarin?, Birthdays are not for the Dying, and his latest play, Ajayi Crowther. His poems published under the pseudonym, Okinba Launko are Minted Coins and Dream Seeker on Diving Chain. His writing employs a range of literary devices such as humour, irony, song, dance folktale and fables. No doubt Osofisan says one of his favourite books is Toyin Falola’s A Mouth Sweeter than Salt.

He was born in Erunwon, Ogun State, Nigeria, on June 16, 1946 to Ebenezer Olatokunbo Osofisan, a school teacher, lay reader and church organist, and Phoebe Olufunke Osofisan, a retired teacher. He attended primary school from 1952 to 1958 in Ile-Ife before going on to attend secondary school at Government College, Ibadan. He obtained his West African School Certificate in 1963, winning the first T.M. Aluko Prize Literature. Later on, Osofisan attended the University of Ibadan, where he bagged a Bachelor of Arts degree (with honors) in French in 1969.

After obtaining a scholarship, he attended Sorbonne, Paris for post-graduate studies from 1972-1973. However, he will not receive his graduate degree there because his supervisor denied his request to present a thesis on African drama. Upon return to Ibadan in 1973, Osofisan was appointed as an Assistant Lecturer, Department of Modern Languages at the University of Ibadan, the first of several faculty positions he will hold. He was also President of the University of Ibadan Drama Society. Femi Osofisan started writing as a newspaper columnist and has produced three prose works, Ma’ami, Abigail and Cordelia, which were initially written as columns in the Daily Times and the Guardian (Nigeria). His novels, plays and essays often revolved around the moral state of the society and he used his work to analyze and criticize deviations from what is generally considered moral and ethical in the society.

Femi Osofisan is of the generation that followed those of the two theatrical giants, Nobel Prize-winning Nigerian dramatist, Professor Wole Soyinka and the anti-apartheid activist, Mr. Athol Fugard. Both made their reputations in the 1960s and 1970s. His footprint is almost as large as theirs on the continent of Africa and it is growing in other parts of the world as well. Probably his most well-known play is Once Upon Four Robbers, which is already taught in numerous universities around the world and has been widely anthologized. But it is only one of some fifty plays by this major artist and activist. These plays—like his critical writings—are cries for personal freedom and political action and include many adaptations of Greek and Shakespearean originals, tailored for whatever political situation might exist.

Like Soyinka and Fugard before him, Osofisan has attacked repressive governments wherever they have emerged and he has been attacked in turn. He has also had his work staged at the Guthrie and other major regional theatres in the United States, as well as in Germany, the U.K., Sri Lanka, Canada and China. In 1982, he was appointed a member of the pioneer Editorial Board and think tank of The Guardian Newspaper (Lagos).

His work has also covered a range of subjects, including, as eloquently stated in a volume of essays on his life and work published in 2009, the roles of theatre and literature in society, gender and empowerment of women, style and language, the mobility of oral tradition and even translation and transliteration.

In a lecture given at the University of Ibadan in 2006, Harvard University Professor, Biodun Jeyifo called Osofisan ‘the most African playwright of the post-colonial era . . . the most prolific playwright on the African continent. . . .’ Jeyifo went on to place Osofisan with Soyinka at the centre of the ‘radical and literary cultural movements of the past three decades.’ A Professor and former Chair at the University of Ibadan (he is now a Professor Emeritus) and recognized as playwright, director and critic, in 1982, he was appointed member of the pioneer Editorial Board and think tank of The Guardian Newspaper (Lagos). Directing his own plays at Ibadan, at other African universities and in the U.K., the U.S. (University of Pennsylvania and the University of Iowa among others), Germany, Sri Lanka and Canada, his plays (especially, his Once Upon Four Robbers, The Chattering and the Song, and his African adaptations of Greek and Elizabethan plays, such as Antigone and Hamlet) began winning national and international awards.

The founder of the NGO called CentreSTAGE Africa (the Centre for the Study of Theatre and Alternative Genres of Expression in Africa) and Vice-President of the Pan African Writers’ Association, his plays began receiving international attention after a production of his 1997 play Many Colours Make the Thunder King was presented at the Guthrie Theatre in Minneapolis.

A volume of Osofisan’s collected essays were published in 2001 under the title Insidious Treasons. Included were major essays by Osofisan on Drama as Insurrection, the Terror of Relevance in Contemporary Nigeria, the Frontiers of Terror in a Post-Colonial State, and the Challenges of Nigerian Drama on the Euro-American Stage.

In 2006, a critical volume about his work was published in Germany, in the prestigious Bayreuth University African Studies Series under the title, Portraits for an Eagle. The volume includes essays by British scholar Martin Banham, Harvard’s Biodun Jeyifo, Africanist James Gibbs, the University of Leeds’ Jane Plastow and South African scholar Yvette Hutchison, among others. In 2009, another series of essays on his work, Emerging Perspectives on Femi Osofisan, was published by Africa World Press in the United States.

In 2000, he was short-listed for the prestigious Neustadt Prize in the USA. He has been honoured with Officier de l’Ordre Nationale de Mérite, Rép. de France (1999); Nigerian National Order of Merit in the Humanities [NNOM] (2004); Fonlon-Nichols Prize for Literature and the Struggle for Human Rights (2006); and Fellow, Nigerian Academy of the Arts [FNAL] (2006). Osofisan was also a Drama Consultant to the Second World Festival of Black and African Arts and Culture (Festac ’77), the Cultural Olympiad, 1996 Olympic Games, Atlanta, and Movement for Mass Mobilization, Social and Economic Recovery (MAMSER), Abuja, Nigeria (1989). He was also the President of ANA (1988-1990) and PEN, Nigeria (2004-2010), and one-time General Manager and Chief Executive of the National Theatre, Lagos, Nigeria.

He is currently an Emeritus Professor of Drama, University of Ibadan, Nigeria and he has continued to write, guest-direct his own plays and teach at universities and professional theatres around the world, including Canada, Germany and, most recently, in China (Peking University).