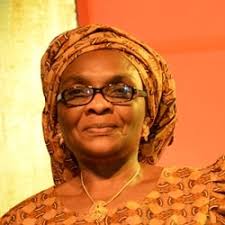 Osofisan had her secondary education at Fiwasaiye Girls’ Grammar School, Akure and Comprehensive High School, Ayetoro (1968). Between 1971-76, she got her first degree from University of Ile-Ife, obtaining a Federal Government scholarship throughout most of her university years. She then proceeded to Georgia Institute of Technology in 1978, obtaining a master’s degree in Information and Computer Science in 1979.

Her PhD thesis on Data Processing Model for a Multi-access Computer Communication Network was completed in 1989. In 1993, she completed her Master of Business Administration in Accounts and Finance from University of Ibadan, with her dissertation on An Asset Portfolio Management Model for Nigerian Commercial Banks: A Case Study, graduating as the best MBA student for the year.

She worked at the University of Ibadan as a Programmer between 1976 and 1978. From 1979, she lectured at the Polytechnic Ibadan, rising to the highest position of Senior Principal Lecturer and Head Department of Computer Science and being elected Dean, Faculty of Science, a position which she held until she joined the services of the University of Ibadan in 1997. Under her the Polytechnic Ibadan became the first polytechnic in Nigeria to achieve full accreditation for both ND and HND Computer Science programs from National Board for Technical Education (NBTE).

As a pioneer woman academic in her field, Osofisan is a recipient of several fellowships including “Nigeria Institute of Management” (1997), “Computer Association of Nigeria” (1998) and “Nigeria Computer Society” (life member, 2014). She is also the pioneer President of “Nigeria Women in Information Technology” (2003). From 2005 to 2009, she became the first female president and Chairman of Governing Council of “Computer Professionals Registration Council of Nigeria”.

A 2009 study, which focused on the current digital divide as regards information technology in Nigeria is indexed top on Google scholar, her research revisited the challenges facing the adoption of digital technologies in Nigeria, in relation to what is being done in developed countries. She also recommended steps and policies that will hasten embracing and implementation of digital standards in the Nigerian ecosystem. The research is published in “International Journal of Global Business”.

Following the economic recession due to over-dependence on petroleum exports and dwindling dollar prices, Osofisan urged the Nigerian government to utilize the ICT sector as it has so much to contribute to Nigerian economy if proper investment are put into it, she noted that despite the challenges being faced, 12 million jobs were created by the sector between 2012 and 2016. The remark was given at the 9th Annual Forum of Laureates of the Nigerian National Order of Merit in Abuja.

We celebrate you Prof Adenike Osofisan.

You are an Akinkanju!!!