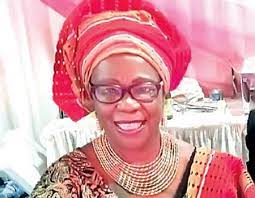 She was appointed as Lecturer 1 at the College of Medicine, University of Lagos in 1980. She became a Senior Lecturer in 1986 and an Associate professor of Obstetrics and Gynaecology in 1991. She is currently a honourary consultant to Lagos University Teaching Hospital. She is also an External postgraduate examiner to five colleges of medicine in Nigeria. She is a member and chairman of various University Committees and she has also served in various administrative positions in the University of Lagos (UNILAG) and Lagos University Teaching Hospital (LASUTH). She is currently the chairman, School of Clinical Sciences Conference Committee. She is also the Chairman, Information Technology Trust Fund Committee.

Being a super anti-mortality evangelist in the health sector and armed with decades of training abroad, Prof Bomi Ogedengbe took a personal interest in equipping people with relevant knowledge on how the sad situation can be salvaged, managed and optimally reduced if not totally obliterated. After getting proper education in the United Kingdom, she came to Nigeria and was shocked. In one of her media interviews, the Oxford University-trained medical expert retorted her dismay at her discovery that most of the mortality causes amongst women were actually preventable if only the right things were done in the health sector of Nigeria. Subsequently, she highlighted that abortion has always been a major cause of maternal mortality and since abortion has not been legalized in Nigeria but is being done widespread, she has taken it upon herself to (in her own little way) provide family planning to prevent more unwanted pregnancies.

The widely-travelled Obstetrics and Gynaecology Expert is not one to shy away from holding a differing view concerning salient issues in the medical line. She is a loud supporter of Abortion being legalised entirely as a method of family planning in Nigeria. She buttressed this stance on the rise in mortality rate amongst young girls, ladies and married women who are facing daily challenges concerning family planning. Unwanted pregnancies are terminated mostly by quack doctors and this would lead to unwanted deaths from post-abortion complications. To mitigate this, Ogedengbe suggests that laws should be enacted to regulate the whole process of abortions in Nigeria.  She believes that abortion should be allowed just for the woman’s mental and physical health, but laws that will control how it is done where it is done by whom it is done must be enacted in Nigeria. This would prevent anymore unwanted pregnancies.

Her sojourn through Obstetrics and Gynaecology has not been without challenges as Prof Ogedengbe rightly attributed her career challenges to two different concepts/ school of thoughts; the social and the medical point of view. The social point being a reflector of the harsh cultural reality which puts a woman in a position of a homemaker. As such, combining her matrimonial duties with her academic prospects was not easy. She scaled through notwithstanding as evident in her current social status.

Simultaneously from the medical point of view, she rightly attributed the challenges she faced to the existing poverty in Nigeria. The inaccessibility of an average Nigerian to basic medical services plus the costly services being paid for, by the few lucky Nigerians who could actually afford them.  From experience she believes that maternity deaths will be drastically reduced in Nigeria if antenatal care and delivery in Nigeria is made free and accessible to all and sundry. However, in making it free, one has to provide for the medical personnel that would do the job. Also, Primary Healthcare Centres have to be fully equipped with proper medical equipment and advanced tech-supported gadgets, medical materials etc.

She aims to teach and train for as long as she can, especially youth who are truly passionate about the health sector in Nigeria. She believes that with proper motivation, mentoring and exposure, the prospects on Nigeria can be well groomed for a more developed Nigeria. She however cited the government readiness to support as a major incentive as well.

Prof Bomi Ogedengbe believes that health in Nigeria is not a priority and until it becomes a priority, the maternal mortality will continue to be high. On her part, she said there was a great need for mentorship for young health professionals.

She views her greatest achievement yet as the pacesetting feat of being the first female Nigerian professor of Obstetrics and Gynaecology and the second female president of West African College of Surgeons (WACS). According to her, it is amazing because “there has been one (1) or two (2) of my younger ones who have followed after me.” A defining moment in her life and career was when she had her first child despite having lost a few pregnancies previously. To this effect, she has championed several proven methods of enlightening, educating and medically reducing infant mortality through the training of people (females mostly) on how to medically evacuate the uterus and how to minimize the complications that come from abortion. Prof Bomi Ogedengbe is of the ism that unwarranted pregnancies are simply prevented by the use of proper contraceptives. No more, no less!

She is a strong believer in the school of thought that tends to change the way women are viewed and treated in the country. According to her,

“I respect women, but unfortunately they don’t have enough say in their lives, there is not enough education, so they do not understand many things. I believe they should educate women so they can make a free choice. I feel that men should respect women more.”

She is also a strong advocate of women empowerment through conferences, events, seminars, training etc. This is because according to her,

“The social and economic progress and development of any nation depends on the health of the woman. Everybody knows that women’s health is so important- it’s universally known, so we just have to do more about it.”

She is also an authority on Obstetrics & Gynaecology in Nigeria and West Africa. In the course of her career, she has been able to amass professional fellowships, awards, honours and leadership positions. She is the Co-founder, Family Planning Clinic, Department of Obstetrics and Gynaecology, University of Lagos Teaching Hospital, as well as the Coordinator, Lagos State Reproductive Health Management Training Programme. She is a member of several medical bodies, such as the Nigerian Medical Association, Society of Obstetricians and Gynaecologists of Nigeria; West Africa College of Surgeons; Medical Women’s Association of Nigeria; Nursing and Midwifery Council of Nigeria.

She has also authored over 35 scientific papers in reputable journals and has presented over 40 papers in conferences, seminars and workshops both nationally and internationally.

Prof Bomi Ogedengbe is an embodiment of intellectualism, dedication, hard work, and the community spirit; ever willing to give back his intellect, time and resources for the greater good of humanity. She is a woman of impeccable character and an outstanding lady.

We wish you more years of service to humanity.