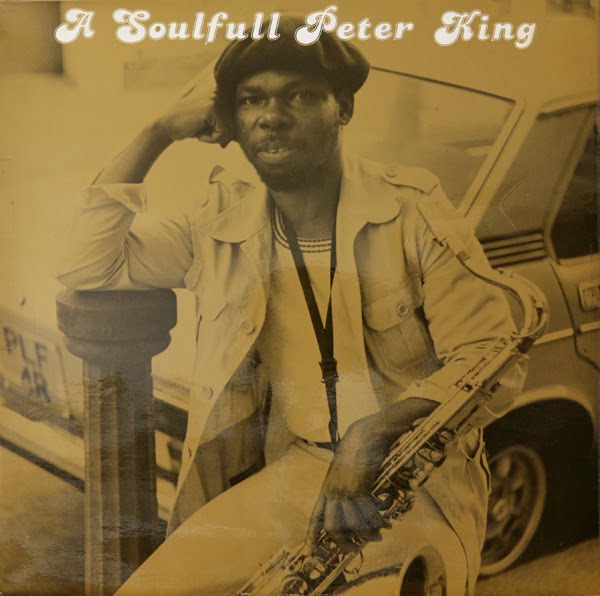 Peter King Adeyoyin Osubu, also known as Peter King, is a Nigerian Musician and Music Director who plays the Saxophone Musical Instrument exceptionally well.
Peter King was born in Enugu in 1938; and he grew up in Lokoja, Lagos and Port Harcourt.

Peter King is better known in Europe and America than he is in Nigeria majorly for his “Miliki Sound” on the record A Soulful Peter King, where he played popular classics such as “Sincerely”, “We Belong Together” and “Just Because”.

Peter King is adept at playing a combination of Afrobeat and Jazz. He started his musical career in 1956 at the early age of Eighteen (18), when the Highlife music style ruled. King walked into the Central Hotel in Ibadan to watch Roy Chicago’s band. Back then, there was no music school and budding musicians had to learn on the job. He joined the Roy Chicago band in Ibadan, playing the maracas and then the conga drum.

He must have been spot-on with the rhythm because before long he was drumming and taking lessons on the double bass while performing with the band every night. The other musicians chipped in money from their own salaries to help develop King’s interest in playing for bands.

Next were lessons on the trumpet but Peter King had his eyes fixed on the saxophone and borrowed one to practice every morning. He moved to other bands in Ibadan and then relocated to Lagos, playing the double bass drums and then the alto sax. After touring all over Nigeria with various groups, Peter King joined the band behind the most popular musician of the day, Victor Olaiya.

In 1961, Peter King, in his quest for musical adventure, relocated to London where he studied at various schools of music, including the Trinity College of Music. While in London, Peter King joined with drummer Bayo Martins and trumpeter Mike Falana to form the African Messengers group. The group performed at festivals and clubs, and served as backup band for acts like The Four Tops, The Temptations and Diana Ross.

The African Messengers recorded many 45rpm records. “Highlife Piccadilly”, a fusion of Highlife and Jazz was a hit. Thereafter, King became a very accomplished saxophonist. He evolved his own unique blend of Highlife, Jazz, Afrobeat and Funk, toured with his African Jazz Messengers band. After touring Europe, and some few other countries, he returned to Nigeria. On returning to Nigeria, Peter and his band performed on the war front during the Nigerian Civil War.

As disco was taking over the dance floors in the 1970s, Peter King returned to London and toured Europe, America and Japan with his group Shango. He dived into the genre and served as director of music on Boney M’s first European tour.

Peter King formed another band The Blues Builders with which he toured Europe and Northern Africa. He recorded nine studio albums between 1975 and 1978, and wrote music scripts for several plays and television shows. Some of his tracks include; Moods, African Dialects, Omolewa, Palm Wine Vendor etc.
In 1979, King returned to Nigeria and formed the P.K band.

He composed music for soap operas and recorded three further albums. In the early 1980s Peter King and his P.K. Band played on the NTA and at the National Museum, Lagos for three years.
Some 33 years after pursuing his passion for music, Peter King founded a musical school in Lagos; today, the school churns out graduates that are spread throughout Nigeria’s music industry and beyond. The most famous of them all is the singer-songwriter Asa, who has made waves on the international scene. Others include, Dotun Bankole, Peter Sadibo etc.

The College is located in Badagry and has expanded greatly. It has lecture halls, rehearsal rooms, an assembly-concert hall and hostel facilities. The school has been assisted by Canadian musicians Oliver Jones and Archie Allen and greatly assisted by the French government. Almost two thousand (2,000) students have graduated from the school since inception.

The school provides practical tuition and grants certificates and diplomas. It prepares students for the professional examinations of Associate, Licentiate and Fellowship of the Trinity, Royal and London Schools of Music and the Guildhall School of Music and Drama.

In January 2007 the French Ambassador in Nigeria inaugurated the new facilities of the Peter king school of music at Badagry, Lagos State. Peter King’s philosophy of learning from all different types of music is clearly evident today at his music school.

He has a unique tone, flawless articulation and a fresh turn of mind in improvisations. He is the leading tenor saxophone voice to have come from the Nigerian highlife and afrobeat traditions.