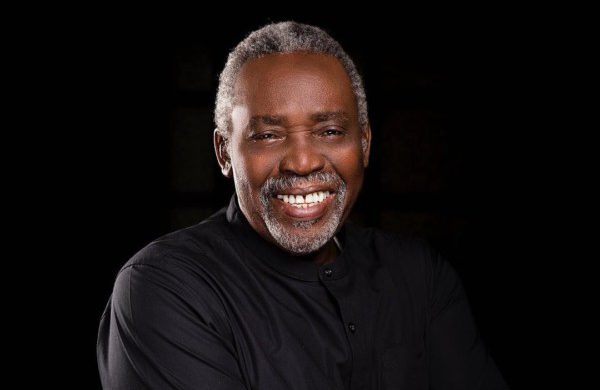 The Development Agenda for Western Nigeria (DAWN) Commission joins the family, media, and other well-wishers across the globe in celebrating one of Nigeria’s most distinguished entertainers of our time, Oludotun Baiyewu Jacobs. Known professionally as Olu Jacobs, the film producer and actor, whose career spans more than five decades, belongs to that group of elders representing the best of Nigeria on and outside the set. A multi-award-winning actor and producer, he has been praised by many as one of the greatest and most widely respected African actors of his generation. He is considered a bridge between the old and new breed of actors.

Oludotun Baiyewu Jacobs was born on July 11, 1942, to parents from Egba-Alake in Ogun state. He has acted in a number of foreign and British television series. In Nollywood, the film industry of Nigeria, Jacobs has established himself so deeply that he is regarded as a bridge between the traditional and modern breeds of actors due to his more than 40 years of acting experience. He has been hailed as “one of Nollywood’s finest actors, best role interpreter, and best word manipulator.” This is ostensible because of his exploits that have been paving the way for much-emerging talent in the industry. In Nollywood, Olu Jacobs has really distinguished himself as a godfather, helping many up-and-coming actors and actresses get their start.

He was raised in Kano and went to Holy Trinity School, where he participated in drama and debating societies. When he went to one of Chief Hubert Ogunde’s annual concert parties at the Colonial Hotel in Kano, his passion for acting was ignited. He then obtained a visa and moved to England to pursue acting where he received his education at The Royal Academy of Dramatic Arts in London. His study in England was however not supported by his father who tore his application form in disapproval of his career choice. According to Jacobs, he ran away from his house after secretly processing his visa with his brothers. Later on, he wrote letters to his father from England and never saw the old man again as he died before his return to Nigeria.

During the 1970s, he made appearances in a number of British television programs (including The Goodies, Till Death Us Do Part, Barlow at Large, The Venturers, Angels, 1990, The Tomorrow People and The Professionals). In Michael Codron’s 1978 production of Sir Tom Stoppard’s play Night and Day, he portrayed President Mageeba. In the 1980s, Jacobs starred in a number of foreign films, such as The Dogs of War by John Irvin, Pirates by Roman Polanski, and Baby: Secret of the Lost Legend, a family adventure movie (1985). He appeared as a cast member in The Witches and the Grinnygog on TVS.

He became one of the pioneers in the Nigerian movies industry, acting as a father, an elder, or a politician in more than 120 films, notably Oloibiri (2015) and The Royal Hibiscus Hotel (2017) in which his lead role successfully brought to the fore, valued messages on national issues. His dedication to an acting career spanning more than five decades earned him the Industry Merit Award for outstanding achievements in acting at the 2013 Africa Magic Viewer’s Choice Awards. In 2007, Jacobs won the African Movie Academy Award for Best Actor in a Leading Role in Dancing Heart. AMAA also conferred its Lifetime Achievement Award on him in 2016. He was also presented with the lifetime achievement award at the Africa International Film Festival.

His dedication to an acting career spanning more than five decades earned him the Industry Merit Award for outstanding achievements in acting at the 2013 Africa Magic Viewer’s Choice Awards. He also received the MAA’s Lifetime Achievement Award in 2016. As a true recognition of his contribution to Nigeria in 2011, Olu Jacobs was bestowed upon, the National Honour as a Member of Federal Republic (MFR) of Nigeria by the President of Nigeria, His Excellency, Ebele Goodluck Jonathan. Olu Jacob is married to a veteran actress, Joke Silva. The couple founded and currently run the Lufodo Group, a media company (established in 1985) that houses the Lufodo Academy of Performing Arts as well as resources for film production and distribution. Although it was first established as a stage and film production company, it evolved over the years and became fully operational as a media and entertainment services company. The company currently has sub-divisions like the Lufodo Academy of Performing Arts (LAPA) and Lufodo Consult among others.

One of the greatest and most well-liked African actors of his generation, Olu Jacobs has received a lot of praise. He is widely regarded as a cultural icon. Along with Pete Edochie, is regarded by many media outlets, film commentators, critics, and other actors as one of the most influential African actors of all time.

On July 10, 2022, the veteran actor celebrated his 80th birthday with a party that included a gathering of dignitaries, colleagues, and other top-tier members of the entertainment industry. Femi Odugbemi screened a documentary about the actor’s life at the celebration, which took place in Lagos’ Glover Memorial Hall. It gave a behind-the-scenes look at what, on occasion, makes him the mysterious actor he is. At the occasion, the actor had the opportunity to receive some much-needed flowers from guests, admirers, and co-workers. Despite the rumour that Olu Jacob passed away in 2021, he showed up at AFRIFF in November 2021 where he was given the Lifetime Achievement Award.

DAWN Commission celebrates this great legend in the entertainment industry and wishes him good health as he enjoys his well deserved rest.

“Invest in your wife, your side chick won’t take care of you when you are old” Video of Olu Jacobs trying to cut his 80th birthday cake sparks reactions