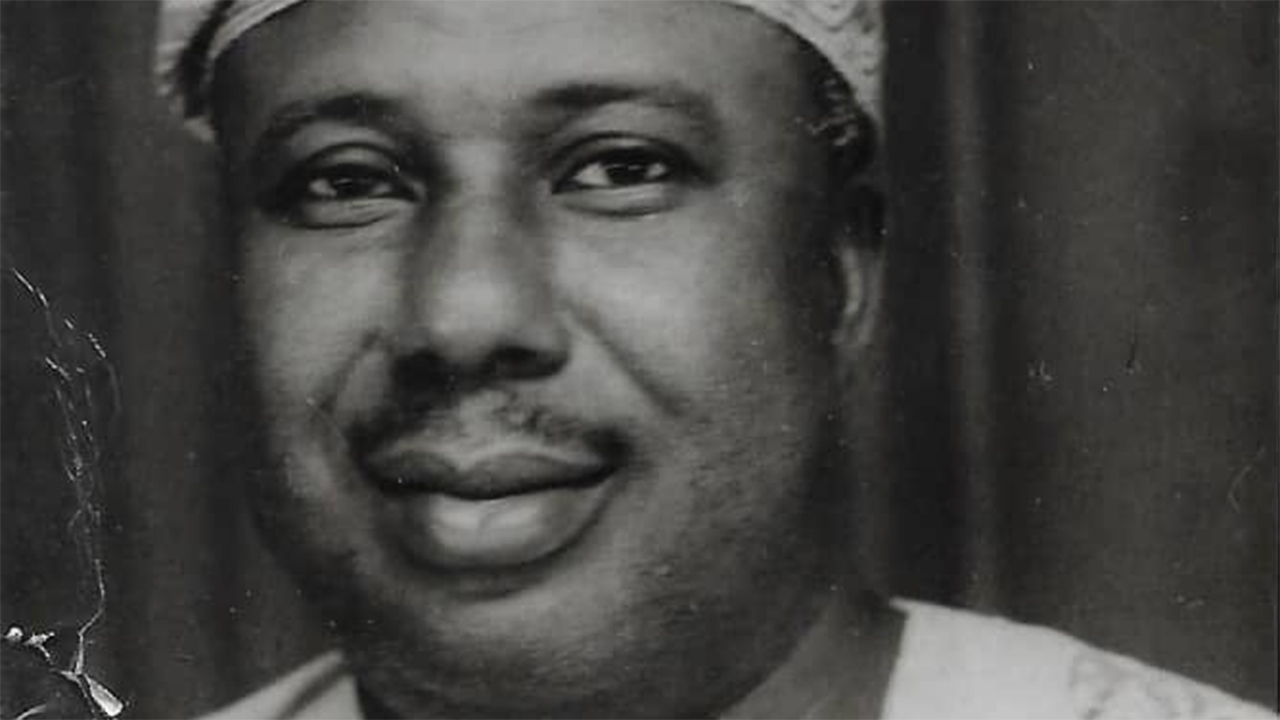 Giwa Bisi Rodipe officially joined the league of Octogenerians on Wednesday, 4th September, 2019. He was born in Ijebu Ode on September 4, 1939. He started his primary education at Wasimi African Church Bethel School, Ijebu-Ode and had his secondary education at Lagos City College, Yaba. He had his wood working (cabinet making) training at Yaba Trade Center (1958-1961), now Federal Science and Technical College, Yaba. He graduated in furniture craft with intermediate City and Guilds Certificate of London Institute (OND) in 1961 and the advanced level, final City and Guilds Certificate of London Institute (HND) in 1967.

His working experience started with the Cooperative Woodwork in Ibadan in 1961 and WNTV / WNBS Ibadan. His hard work in the WNTV / WNBS coupled with his managerial capacity earned him many in-service, managerial training in Nigeria and overseas, including those at the B.B.C Bush house in London, United Kingdom.  He also attended in-service part time studies at the School of Drama, Department of Theatre Arts at the University of Ibadan.

He also started his roadside furniture workshop that later became BISROD Furniture Company Limited in Ibadan in 1961. In 1970, he designed and constructed the monumental giant moveable stage of international standard used by World-renowned American Jazz and soul singer, James Brown during his “I am black and proud” tour to Nigeria.

In Ijebu, Giwa Bisi Rodipe is known as the legendary Carpenter. He is also known as the Tree Planter because of his love for planting trees. He has been planting trees in Ijebu-Ode, since 1986. Now he has a private forest of over 600,000 trees which include Mahogany, Walnut (Sida), Teek, Opepe, Masonia and Appato mention but a few. Giwa Rodipe also played a major role during the struggle against the military dictatorship. Chief Moshood Abiola had won the June 12, 1993, presidential election but his victory was annulled by the self-proclaimed president, General Ibrahim Babangida. This brought a new twist to national politics and many of Yoruba Nationalists including Giwa Rodipe openly embraced the danger of anti-Abacha politics. Despite all the heighten tension that followed the annulment, Giwa Rodipe never wavered and was a major factor in the birthing of democratic rule in 1999. With the coming of elected leaders, Giwa Bisi Rodipe went back to his first love; tree planting.

He was Chairman Association of Shareholders of Ecobank Transnational Incorporated for ten (10) years, Director of Ecobank Cotonou, Benin Republic, and Director Ecobank Nigeria Plc for four (4) years, and retired at the mandatory age of 70. He was Director National Fertilizer Company of Nigeria Limited (NAFCON), Chairman Ogun State Market Development Board in 2003, Chairman Ogun State Agricultural Development Cooperation between 2003 and 2007 and a Council Member, Federal Polytechnic, Ado Ekiti and Ilaro at various times.

He is a fellow of the Nigerian Institute of Management (NIM) since 1994 and was granted NIM life Membership Award at 76 years old. He is the winner of 2010 Nigerian Institute of Management (Chartered) Tuyo’s Entrepreneurship Award. He won the Distinguished Tree Planter Award in 2010 and was awarded a Fellow, at the Federal University of Technology, Akure.  He is the Founder, and President of the Evergreen Tree Planters, formerly the Nigerian Tree Planters. He was awarded an advocate for private participation in forest conservation and industrialization by the federal Ministry of Environment for 2015 World Environmental Day, held in Abuja on June 5, 2015.

The Mahogany trees planted in 1984 are now his flagship in Tree planting that provide nesting platform for Eagles to raise their chicks and shed for monkeys.  Some of the Trees now produce seeds for tree multiplications at the tree seed nursery. The semi-automatic tree Seed Nursery can raise 1,000,000 (One million) seedlings from the mother trees yearly.

He is a member of the Council of Chiefs of Ijebu Land. The Awujale of Ijebuland, His Royal Majesty, Oba (Dr) S.K. Adetona CFR honored him twice with Chieftaincy titles of Fesogboye and Atunluto of Ijebuland in 1985 and 1992 respectively. He is a pioneer “Giwa,” which means “founding President” of Egbe Bobayo age group (1938-1940) of Ijebuland. He was President of I-Jay 1969 Klub Ijebu-Ode, Honorary Member of Ijebu–Ode Club, a Vice Chairman of family club of Nigeria, and Honorary member of Lion and Rotary Club of Ijebu-Ode.

He has written books including I Serve, The Road Map to Nigeria becoming a Forest Sustainable Nation, Forest Wealth Benefits Revealed, Volume 1-3, and his autobiography, Bisi Rodipe the legendary Carpenter /Tree Planter.

Giwa Bisi Rodipe who clocked 80 on Wednesday, September 4, 2019, has been described by many as a true Nigerian who has actually contributed to the development of Nigeria.

We salute you sir!