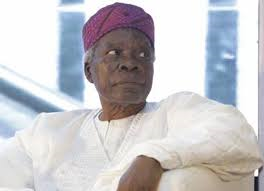 He was born in the defunct Western Region of Nigeria on February 18, 1935. He had his Primary School at Emmanuel Primary School, Ado- Ekiti and later moved to Christ’s High School, Ado-Ekiti. He later proceeded to study History at the then University College (Overseas College of the University of London), now University of Ibadan which he honorably completed in 1961.

His quest for more knowledge in the field made him to pursue a doctoral degree at the University of Ibadan, where he was awarded a PhD in History in 1966. He taught at the History Department at Obafemi Awolowo University, Ile-Ife, Nigeria, where he was appointed full Professor of History and Director of the Institute of African Studies.

He has published 10 different chapters in different joint works; published articles in 7 Academic Journals; delivered 23 research papers at seminars across the world. He has published 7 books. His most recent publication, being his highly acclaimed major work, “A History of the Yoruba People”. It is the finest and most complete work of and on Yoruba as a people, as a Race and as a Nation before and since Samuel Johnson’s “A History of the Yoruba from the Earliest Times to the Beginning of the British Protectorate.” Samuel Johnson was an Oyo Prince, a grandson of Alaafin Abiodun Adegorolu just like him, who is an Ado-Ekiti Prince. In 1970, the Ministry of Education, Western State of Nigeria requested him to prepare for the Ministry, scripts and teachers’ notes in African History for the use of Nigerian secondary schools and teacher training colleges during the school year of 1971. The scripts and notes were to cover the later periods of the school certificate syllabus in African History. “African in the 19th and 20th centuries.” He prepared these materials under the general title of “Emergent States of Africa.”

Under this general title, he set out 28 topics and prepared a main script and a “teachers notes” on each topic. The main scripts were broadcast as radio lessons by the Ministry of Education to Nigerian secondary schools and teacher training colleges throughout Nigeria. Following demands by the teachers and their students to the Ministry and to him that the scripts be published, the Ministry began to serialise them in 1972, in its school’s journal, Pupil. In 1972-73, under a programme of international cooperation between Kenya and Nigeria, the Kenyan Broadcasting Service broadcast the scripts to Kenyan schools.

Consequent on the success of the 1971 programme, the ministry asked him again in 1972 to prepare a similar programme in the second history syllabus of the West African School Certificate –  “West Africa from 1500-1800” – for use in the 1973-74 school year. This, under the general title of “West African Kingdoms and empires in Pre-colonial times” was also made up of 28 thirty-minute lessons that were broadcast one per week throughout the 1973-74 school year.

He was a member of the panel of historians set up in 1969 by the Nigerian Federal Government to assemble and advise on the preservation of, the documentation of the recent history of Nigeria, especially the history of the Nigerian Civil War 1967-70. From 1968 to 1972, the History Department, Obafemi Awolowo University charged him with the duty of building up the facilities for a new course entitled “History of the U.S.A.”. This course has been regularly taught in the department since then. In 1981-90, he was appointed by UNESCO as member of the International Scientific Committee on a ‘General History of Latin America’.

As director of the Institute of African Studies at University of Ife, now Obafemi Awolowo University, he directed the designing, organization, promotion, funding and supervision of collaborative, inter-departmental, and individual research in a broad spectrum of African Studies: History, Art History, Archaeology, Musicology, Linguistics, Folklore, and Cultures of the African Diaspora.

Professor Banji Akintoye was elected as a Senator of the Federal republic of Nigeria between 1979 and 1983. While in the Upper Chamber, he served in different Committees, such as: Foreign Relations, Petroleum & Energy, Internal Affairs. He was also chairman, Senate Delegation to the United Nations Peace-keeping Force in Lebanon, 1981; member, Nigerian National Delegation to the 1981 General Assembly of the United Nations Organization. He was a Nigerian Delegate to World Conference on Actions Against Apartheid, London, 1981 and member, Nigerian Senate Delegation on Fraternal Visit to the Soviet Union, 1982. He also served as the Commissioner for Health, Ondo State, Nigeria, 1983-4.

Immersed in activism from birth, he has been unable to extricate himself from the binding cords of activism dedicated to the improvement of Nigeria in general and the Yoruba Nation in particular. From his days at the University of Ibadan to now, he has been a constant fighter for the improvement of his people. He was President, All-Nigeria United Nations Students Association (ANUNSA), 1958-1960 and Nigerian Delegate at the General Conference of the International Students Movement for the United Nations (ISMUN), Lund Sweden, 1960. He was the First International Vice-President, International Students Movement for the United Nations (ISMUN), 1960-63 (elected at the General Conference in Lund, Sweden, 1960).

He was the Secretary-General, Nigerian Committee of the World University Service, 1958-1961. He was Nigerian Delegate, Second Pan-African Students Conference, Tunis, 1959. Nigerian delegate, World Assembly of the World University Service, Tutzing, Germany 1960 and leader of Nigerian Delegation, East, West and Central African Students Conference, Addis Ababa, Ethiopia, 1960. At the International Seminar on the United Nations Organization, Ibadan, 1960, he was the Chief Host as President of the All-Nigeria United Nations Students Association. He was also the Special Guest, Council for Leaders and Specialists, U.S. State Department, Washington, D.C., March – August 1971.

He was the Leader of Visiting Team on Research Project, ‘African Diaspora’, Bahia, Brazil, 1975. He presented the major paper, at the Seminar on ‘The Military in African History’, Accra, Ghana, 1975. He was the presenter of the lecture at the Seminar in Honour of Leopold Sedar Senghor, Dakar, Senegal, 1975.  He was a Nigerian Delegate, World University Service Seminar, University of Hong Kong, Hong Kong 1976 and Leader, Nigerian Delegation, World University Service World Congress, Manilla, Philippines, 1976.

He was a Nigerian Senate Delegate on Official Visits to Countries of West Africa, 1980. Special Guest, UNESCO Seminar on ‘African Contributions to the History of the Americas’, Barbados, 1980; to United Nations Annual Conference, New York, USA, 1980; to Morocco, 1981; to the Soviet Union, 1981; to Argentina, 1981; to Indonesia, 1982; to Taiwan, 1982 and to India, 1982. He was guest speaker, Institute of International Relations & National Security, Seoul, South Korea, 1982.

In spite of his age, at 85, he remains a voice of hope to the Yoruba Nation. He maintains his position that the Yoruba nation is too industrious to be poor and that the massive poverty now existing among Yoruba people is a product of the fact that Nigerian states’ structural defects remains inimical to the growth of the Yoruba nation.

He is one voice of clairvoyance and courage that keeps soldiering on. He has intractably, kept close to his roots in academia, spoken to student classes in many universities, and served as convocation lecturer at numerous university and polytechnic graduation convocations. “I cannot cease researching and writing”, he often says; and those close to him are aware that he is always working on some important writings and books.

Professor Banji Akintoye, who clocked 85 on Tuesday, February 18, 2020, has been described by many as a teacher of teachers, a walking encyclopedia of History, a dandy of diction, a well of wisdom, a proboscis of brilliance, a totem of intellect, a tendon of integrity, an exemplar of excellence, an edification of dignity and above all, a PATRIOTIC Yoruba man.