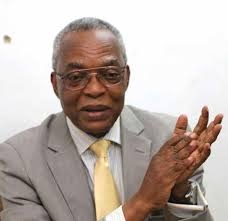 The Development Agenda for Western Nigeria (DAWN) Commission joins the family, academia, media and other well-wishers across the globe in celebrating one of our worthy elders, Emeritus, Professor Akinjide Osuntokun as he clocked 80 on Tuesday, April 26th, 2022.

The roots of his academic sojourn are founded in the University of Ibadan, leading up to a PhD at the Dalhousie University in Canada, and eventually being named Emeritus Professor at two of Nigeria’s prestigious universities — the University of Lagos and Redeemer’s University.

Professor Osuntokun’s academic career started from his days as an assistant lecturer at the University of Western Ontario in Canada in the 1970s.

Throughout the nation’s turbulent Second Republic, he remained committed to the academic side of the country, helping to solidify it with his employment at some of the country’s universities. During the thick of the tumult of the embryonic Second Republic and the military’s recapturing of sovereignty in the early 1980s, he remained an academic, resuming at the University of Maiduguri. He became a professor of History during the second bout of military regimes in the country. He hosted the annual Congress of the Historical Society of Nigeria. Since then, Professor Osuntokun has shared his academic career between the University of Lagos and Redeemer’s University, attaining the position of emeritus professor at both. The Okemesi legend’s career as an academic is presently fixated at the Redeemer’s University.

In a career spanning over five decades from 1972, he rose from the position of lecturer to full professorship of history teaching at various times at the Universities of Ibadan, Lagos, Maiduguri and now the Redeemer’s University, Ede, Osun State, where he has been a professor of History since 2005.

He has served in key positions in university administration in various institutions in the course of his career contributing invaluably to the evolution of higher education in Nigeria.

Professor Osuntokun also enjoyed a successful, albeit turbulent, period of public service as a one-time ambassador of the Nigerian state. He served to the best of his ability in this role and had his unwavering stance throughout the upheaval. Political instability and threats from military leaders, among many other things, marked Professor Osuntokun’s service to the Nigerian state.

Akinjide was the first Ambassador Extraordinary and Plenipotentiary of Nigeria to a united Republic of Germany between 1991 and 1995, an appointee of the General Ibrahim Babangida military regime, Professor Osuntokun refused to compromise the truth to suit the fancies of the succeeding General Sani Abacha dictatorship. He did not identify with the regime’s campaign to gain international support for the incarceration of the winner of the annulled June  12, 1993, presidential election, Chief M.K.O Abiola, as well as secure global legitimacy for its self-perpetuation agenda, a stance that not only cost him his assignment but later earned him a six-month detention in the dictator’s gulag.

Speaking of his harrowing experience in detention at the military facilities in Apapa, he said, “That was the way I was released without any trial, without any accusation, without any interrogation. I was just treated like a common criminal. This was somebody who just finished representing our country as an ambassador”.

Professor Osuntokun’s selfless service to country does not come as a surprise as he was raised from a family of altruistic service men. History records his grandfather, Dada, as a faithful Deputy of the Commander-in-Chief of the Ekitiparapo forces during the prolonged intra-Yoruba wars, which lasted for nearly 16 years from July 30, 1877, to March 14, 1893. His eldest brother, Oduola Akintola, was not only one of the earliest university graduates from Ekitiland, he was minister in the Western Region government of the First Republic for 10 years. Another of his siblings, the late Professor Kayode Osuntokun, was a world renowned neurologist whose service to humanity in his field remains a reference point years after his demise.

A striking demonstration of Professor Osuntokun’s patriotic selflessness is his serving for eleven years with Chief Emeka Anyaoku and four others as honorary presidential adviser on international affairs from 1999 to 2015. This was an assignment for which he received no salary but in his words, “It was the closest one could get in helping the country to make its foreign policy, and I’m very proud of it”. He had also served at various times as Director, Nigeria Universities Commission (NUC), Washington DC, USA, from 1972 to 1982 and Director of the Commission’s office in Ottawa, Canada, from 1978 to 1979. Although no substantial benefits accrued to him for this assignment, he is acknowledged for helping to secure foreign scholarships which many Nigerian students benefitted from. He also served on the Governing Council of the Lagos State University (LASU) from 1987 to 1989; the Board of the National Directorate of Employment between 1987 and 1988 as well as a member of the Presidential Commission on the National Question from 1986 to 1987 among others. He was a member of Nigeria’s delegation to the United Nations General Assembly in 1988, 1989, 1991-1993, 2005-2006, 2009, 2011 and 2012.

In addition to his services to the Nigerian state, Professor Osuntokun has held key positions in organisations and companies. His cumulative experience as an administrator would span up to thirty years. He has held several administrative posts, including as the Director of the National University Commission, Washington office, and a member of the council at the University of Maiduguri. Professor Osuntokun served on the administrative and academic sides of the university system.

Professor Osuntokun is the recipient of several awards, fellowships, and recognitions from the Nigerian Academy of Letters fellowship, the Officer of the Order of Niger (OON) award (one of the most coveted in Nigeria), and the Historical Society of Nigeria fellowship, among several other recognitions and awards.

He is the author of several books on different aspects of Nigerian politics, history and foreign policy including Nigeria in the First World War; Chief S. Ladoke Akintola: His life and times; Power Broker:.A biography of Sir Kashim Ibrahim and Festus Samuel Okotie-Eboh: In Time and Space to name a few. Given his stellar academic record and global peer recognition, Professor Osuntokun would have secured financially rewarding appointment in reputable institutions across the world but he has chosen over the years to remain in Nigeria, another example of his selfless commitment to the nation. We wish this humble and unassuming man of distinction and excellence a happy 80th birthday.

Professor Osuntokun lost his beloved wife, Dr Abiodun Osuntokun, in 2003 at the age of 53 and never remarried.