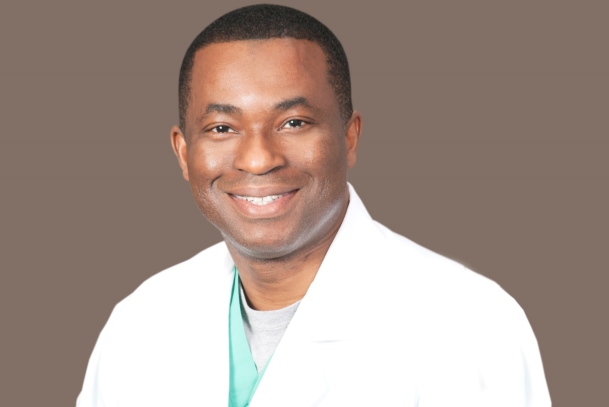 Dr. Olurotimi Badero is the Executive Director, Cardiac Renal and Vascular Associates and he is proudly one of the most knowledgeable medical minds in Mississippi today and also the world’s only combined Heart & Kidney Specialist.

Dr Badero was born 43 years ago and had his Elementary Education in St. Mary’s Private School, Lagos, where he skipped Grade 4 due to his academic performance. He proceeded to Federal Government College, in Odogbolu, Ogun State in his fifth year for his Secondary School Education. He won a nation-wide Science quiz, which informed his quest for professional dominance. He was then admitted into the Obafemi Awolowo University, Ile-Ife, Osun State, where he obtained a degree in Medicine.

Shortly after completing his undergraduate studies, he relocated to the United States of America. While in the USA his quest for academic excellence grew and that led him to the shores of the State University of New York Downstate Medical Centre in Brooklyn, United States of America, where he completed specialty training in internal medicine in 2004.

Dr Badero still wasn’t satisfied with his level of professionalism; he enrolled at Emory University School of Medicine in Atlanta Georgia, for two year fellowship training in Invasive & Internal Cardiology and Peripheral Vascular Intervention to further upgrade his knowledge. He successfully completed the training in 2006, bagging a distinction in the final examination and a specialty degree in nephrology.

Dr. Badero felt good, but his thirst for excellence wasn’t quite subsumed. He returned to State University of New York Downstate Medical Centre for another specialty degree in cardiology in 2009. After three years of practice in New York, he was admitted into Yale University, where he earned three more specialties: interventional cardiology, peripheral vascular medicine and peripheral vascular convention. His skill began drawing attention from medical organizations, including the Association of Black Cardiologists, which presented him with an award for excellence in cardiology in 2008.

He successfully completed a 10 year continuous post-graduate Medical training with a certification as the only fully trained and board certified cardio-nephrologist (combined Kidney and Heart Specialist) in the world and has since then practiced in medical field for about 19 years.

Dr. Badero took a position as an interventional cardiologist at Central Mississippi Medical Center in 2011. He performed the first radial coronary angioplasty in CMMC history and treated nephrology patients for two years without additional pay. He did a one-year fellowship in interventional nephrology and dialysis that year. In 2013, he formed Cardiac, Renal & Vascular Associates. His skills aren’t limited to medicine, though. Badero is also the Assistant Pastor at the Vine Chapel Church and an avid painter. He believes spirituality and creativity are vital to the art of healing.