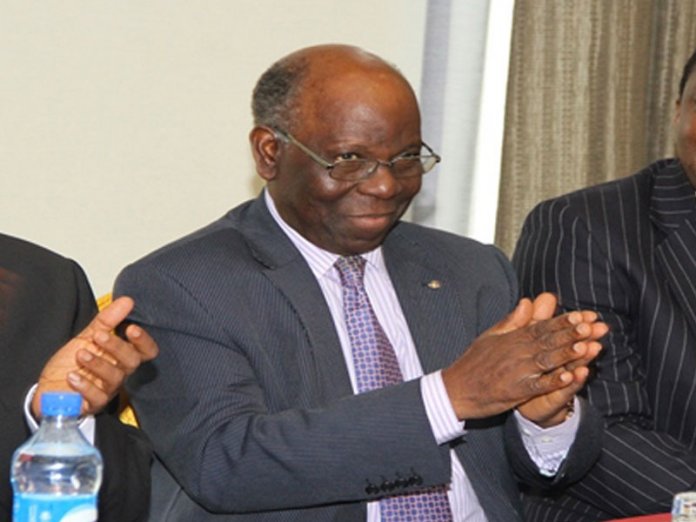 Born on 7th September, 1940, in Agege, Lagos State, Chief Olusegun Osunkeye attended King’s College, Lagos, 1954-58 and trained at Messrs Akintola Williams and Co. His erudition became more manifest when he was under the tutelage of Chief Akintola Williams who acknowledged him as the most engaging trainee at the time. Osunkeye later proceeded to College of Commerce, Wednesbury, England, 1963-65 and International Management Development Institute, Lawusanne, Switzerland, 1980.

A defining moment of his career was 1965, when he recorded double victory for passing the final examination of ACCA and the finals of the UK Institute of Taxation. The iconic Chartered Accountant who spent 41 years of his robust working career at Nestle Nigeria Plc, was promoted Managing Director of the company in 1988 and emerged the Chief Executive Officer in 1991, the first Nigerian to hold the exalted position to date. His eight-year tenure as the Managing Director and Chief Executive Officer saw the company’s turnover grew from N609 million in 1991 to N7 billion in 1999, and profit before tax jumped from N98 million to N1.6 billion during the same period.

His best-in-the-class performance won the heart of the company’s foreign investors, especially, from Switzerland and encouraged them to make significant investment in Nigeria. As a justification for Osunkeye’s positive influence on the foreign investors about Nigeria’s business environment and skills and competencies of its people, his boss, Alex Jost, had in a personal letter to him in 2010 said.

“…I often refer to my experience in your market, where the company (Nestle Nigeria), managed by you was able to – despite a harsh business climate- to uphold in all respects a standard of quality which matched the best in the Nestle Universe…”

He never allowed his functions in the corporate space to becloud his service in the ecumenical world. Osunkeye started as an altar boy at a very young age in Anglican Communion. No wonder, he was proclaimed and installed as a Diocesan Father of the Diocese of Lagos West in May, 2014.

The philanthropist is happily married to his darling wife, Chief (Mrs) Abosede Osunkeye, his best friend and the distinguished couple had celebrated more than five decades of unblemished holy wedlock. Their children are all professionals of distinction, spanning banking, accountancy and stockbroking, pharmacy, marketing and law.

On the social ladder, Osunkeye belonged to many topnotch clubs. At 80, the ebullient Osunkeye maintains solid physical built, dresses corporate, still working, learning new skills. He does not only continue mentoring young ones, including his staff but serves as a facilitator at Lagos Business School of Pan African University, supports research at the University of Lagos and Ajayi Crowther University, where he is a foundation member of the Governing Council.