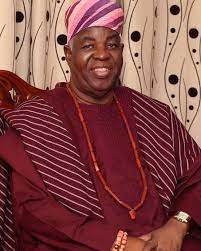 The chairman of West-Midland Communications, the parent company of Splash FM and Lagelu FM, he is a businessman. Chief Bayo Akande is well-known for his success in business. He is the chairman of West-Midlands Communication Limited and the founder of Splash F.M., the first independent radio station in Oyo State. Few people are aware that Chief Bayo Akande began his legal career in 1964, at the age of 25, as a brilliant young lawyer. He was admitted to the English Bar around the same time, making him eligible to practice law in England and Wales.

In Isale-Ijebu, Ibadan, Chief Agboola Samuel Akande of the Adelakun Baaji family gave birth to Chief Murtala Adebayo Akande on July 8, 1939. From 1947 to 1953, he was a student at the Olubadan Native Authority School in Ibadan. Between 1954 and 1959, he then continued on to Ibadan Grammar School. Chief Akande left Nigeria for London in 1959 to pursue a legal education because the course he wanted to take at the University of Ibadan at the time was not offered.

He studied at North-Western Polytechnic (now University of London) in London from 1959 to 1960. At age 22, he became a barrister by joining the Inner Temple, which allowed him to enroll in the London School of Legal Education from 1961 to 1963. The Honourable Society of the Inner Temple accepted him as a member.

He knew he was leaving a nation that was fighting for independence when he left Nigeria in 1959 to pursue his studies in London. He also hoped to return home as soon as possible to help Nigeria become a superpower. When he went back home in 1963, he had the chance to join the effort to create a fantastic Nigeria. Therefore, Chief Bayo Akande made the patriotic decision to return to Nigeria rather than change his citizenship. The same year, he enrolled as a foundation student at the Nigerian Law School.

He enrolled in the English Bar in January 1964, which allowed him to practice law as a Barrister in England and Wales. He also enrolled in the Supreme Court of Nigeria as a barrister and solicitor. In 1964, he was admitted as a barrister and solicitor of the Nigerian Supreme Court. Chief Bayo Akande received his early legal training at the Ibadan office of Chief A.M.A Akinloye & Co. Under the instruction of people like the late retired Justice of Appeal Court, Bayo Oduwole, and Barr. Olajide, who would later rise to the position of Chief Judge of Oyo State. By the age of 33, Baba Akande had fully developed his entrepreneurial skills, and by purchasing his company, Rethreading Nigeria Limited, he joined the league of industrialists. With the help of a £100,000 loan, he acquired a tire-rethreading business in 1972. It’s interesting to note that Bayo Akande is not only an industrialist but also a businessman with a strong passion for creating jobs for his nation’s citizens.

Because of his unwavering commitment to making a difference, not even the Federal Government’s 1975 policy, which allowed for the importation of tires, could deter him. He firmly agrees with J.F. Kennedy’s assertion that “a free society cannot serve the few who are rich if it cannot help the many who are poor.” Chief Bayo Akande may have been inspired to enter politics in 1979 by this brilliantly stated quote from Kennedy and a desire to help his community grow. He joined the National Party of Nigeria (NPN), which is no longer in existence, and became an active member. In 1983, he even ran for governor in his party’s primary. However, his political career came to an end in 1984 when the Military came back to power.

Years before GSM operators entered the picture, he went on to found Independent Telephone Network (ITN), which at the time had close to 100,000 subscribers and was the largest network provider channel. Later, he sold the business to Vodafone for many billions of Nigerian Naira. In actuality, he was the Association of Licensed Telecommunications Operators of Nigeria’s founding Chairman (ALTON).

Bayo Akande, the chief, didn’t stop there. He seized the chance when it presented itself to obtain a license for broadcast media and started a satellite cable television business called West-Midlands Communications. Later, the business expanded to include a radio station, which eventually gave rise to Splash F.M. and Lagelu F.M., both of which have millions of daily listeners.

Chief Akande is not only a prosperous industrialist but also active in fostering community. He has also made a name for himself in charitable work and community improvement. His company has partnered with BBC to raise awareness about the threat of HIV/AIDS thanks to his passion for community building.

Oloye Akande also works to advance Yoruba culture, tradition, and values. This has been done through a variety of platforms, including his radio stations, which is why he came up with the idea of having a community-focused component of Lagelu F.M some time ago.

Chief Bayo Akande constructed Adebayo Akande Hall, a 120-room, ultramodern dorm complex, as one of his many interventions at the University of Ibadan when the students urgently needed a place to stay.

Chief Adebayo Akande has received numerous honours for his vital contributions to the development of both his neighbourhood and society as a whole as well as his fervent desire to create jobs. The Central Council of Ibadan Indigenes (CCII), which honours excellence in business and contributions to enhancing Ibadan’s reputation, presented him with the Ibadan Land Merit Award.

Chief Bayo Akande made one of many interventions at the University of Ibadan when the students desperately needed a place to stay, constructing Adebayo Akande Hall, a 120-room ultramodern hostel complex.

Numerous awards have been given to Chief Adebayo Akande in recognition of his vital contributions to the development of both his hometown and society as a whole as well as his intense passion for job creation. His accomplishments in business and contributions to enhancing Ibadan’s reputation earned him the Ibadan Land Merit Award from the Central Council of Ibadan Indigenes (CCII).

Chief Akande enjoys listening to music and gardening. His particular favourites among birds are ostriches and peacocks. He has been blessed with lovely wives and adorable kids who are all succeeding in their respective fields of endeavour.

You Are A True Akinkanju!