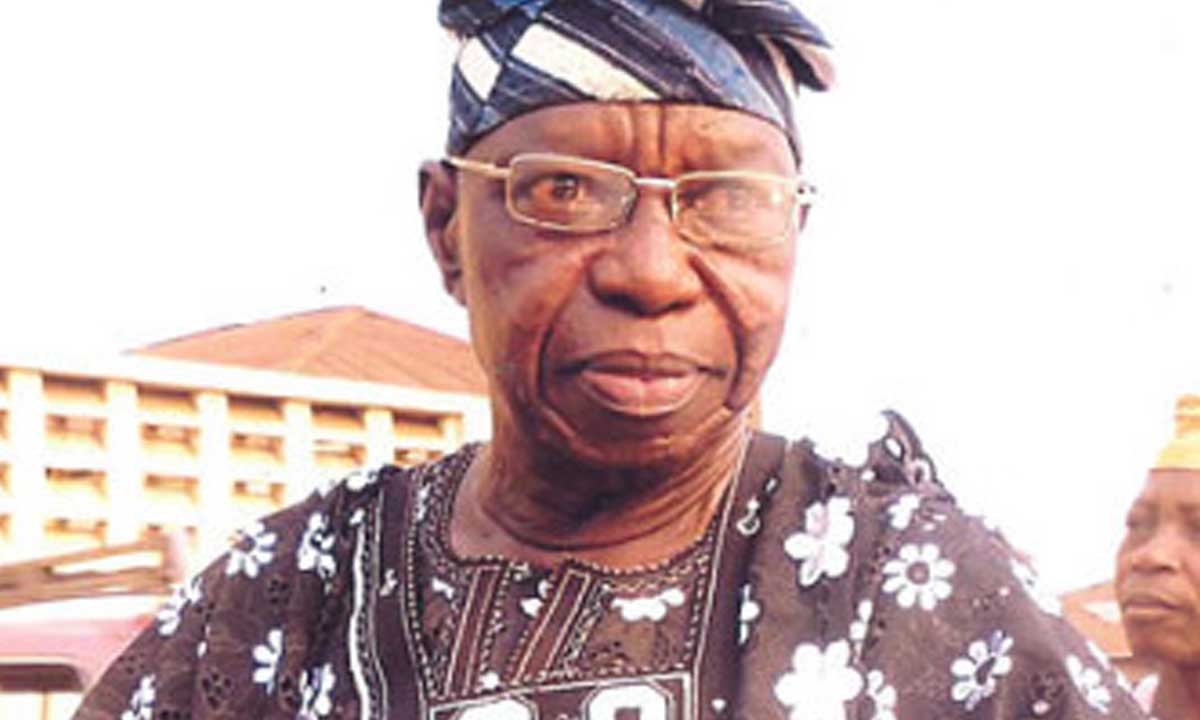 Chief Lere Paimo was born on September 19, 1939 in Ile Ikoyi Odan, Ogbomoso. His father was a tobacco and yam farmer, the leader of the local farmers’ organization. His mother was a trader. Lere was sent to primary school in Ogbomoso, but then left for the Gold Coast (now Ghana). He contined his education in the Gold Coast up to teacher
training college. When he returned to Nigeria, he went to Osogbo where he worked as a teacher in a Baptist Missionary School, Newton Memorial School.

Osogbo in the 1950s was the seabed of the extraordinary cultural flowering that took place in the next two decades. It was here that numerous artists, musicians and dramatists, such as Duro Ladipo, Oyin Adejobi, Kola Ogunmola, three of the greatest actor-managers in the history of Yoruba theatre, established their careers. Lere Paimo, like every other actors of the time, came to the theatre through his experience of acting at school.

In about 1960, while working as a teacher in Osogbo, he joined Oyin Adejobi’s company, which was an organization performing plays for churches, schools, and cultural and social clubs. A year later, Duro Ladipo invited him to Mbari Club – the cultural centre founded by Ulli Beier- to take part in an art production. He was interested in painting as well as in theatre, so he accepted the invitation.

From the beginning, Lere Paimo’s talent as an actor was recognized and he was given leading roles. In Eda, a Yoruba version of Everyman, he played Everyman himself, so memorably that up till today his nickname has remained Eda, and his own theatre group is known as the Eda Theatre Company. Lere Paimo regards Duro Ladipo (died in 1978) as a formative influence on his career, and up to this day refers to him as ‘my boss.’ He stayed with Ladipo for more than ten years. He became Ladipo’s manager and right-hand man.
By 1973, Lere Paimo had set up his own theatre company. These were the boom years when numerous theatre companies sprang up and old ones were fully professional and commercial for the first time.

Lere Paimo had the advantage of being already well known through his work with Duro Ladipo – so much so that aspiring actors had been writing to him offering to join his company even before he founded it. Since setting up
his own company, Paimo and his company have produced a repertoire of plays including Ogbori Elemosho, Idajo, Irinajo Eda, Aye N Yi, Aye Gbege, Gbanga d’Ekun, Akukuu-Bi, Aago Alaago, Gba Die and Ere Ogun. Some of these derived directly from the traditionalist style of play, being based on traditional oral narratives and making
extensive use of indigenous art such as drumming, singing and dancing.

Lere Paimo participated fully in the extraordinary creativity and innovativeness of the Yoruba popular theatre. Like all the first-rate theatre of the 1970s and early 1980s, he introduced not only new themes and styles, but also new theoretical techniques. He also used colorful backcloths which were changed from scene to scene and more
elaborate lighting effect.

Chief Lere Paimo remains the sceptre of the old and contemporary theatre industry and has done the nation proud both locally and internationally. He has contributed immensely to the socio-cultural and tourism development of Nigeria through his unbeatable records in the theatre and movie industry.

In recognition of his immense contributions to the Nigerian film industry, he was bestowed with a National award of Member of the Federal Republic (MFR) by former President Olusegun Obasanjo in 2005.

Chief Lere Paimo is no doubt, a rare breed.

He is unapologetically passionate and proud of his heritage as a Yoruba man.