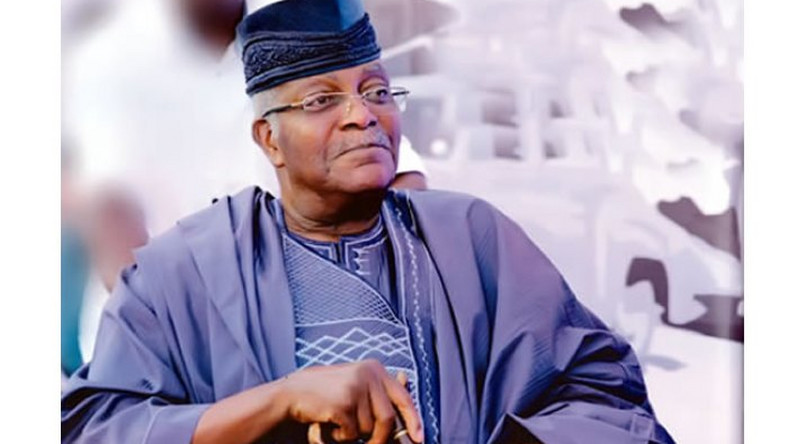 DAWN Commission mourns the passage of Brigadier Mobolaji Johnson who died after a brief illness on Wednesday, 30th October, 2019 at the age of 83.

He attended Reagan Memorial Baptist School Yaba, Lagos, from 1942 in his early years, till 1946, when the school was converted to an all-girls school. He thereafter transferred to Yaba Methodist School from 1946 to 1951 to complete his primary education. He started his secondary education at Hussey College Warri in September 1951 till 1954, when he left for Methodist Boys’ High School, Lagos to complete his secondary education in 1957.

Brigadier Mobolaji Johnson joined the Nigerian Army in 1958 and trained at the Military Depot in Zaria where he finished as the Best All Round Recruit. He was trained as an Officer Cadet at Teshi in Ghana at the Regular Officers’ Training School from where he went for further Officers’ Training at MONS Officer Cadet School in Aldershot, United Kingdom and from there to the Royal Military Academy at Sandhurst, United Kingdom.

After completing the officers training, he was posted to the 5th Battalion of the Nigerian Army in Kaduna where he served in the UN Operations in the Congo. At the end of his stay with the UN operation in the Congo, he served in Kaduna. Further postings were to the Federal Guards in Lagos and the 2nd Brigade Headquarters, serving in the Quarter Master-General’s office. He served at this posting until the first Army Coup of January 15, 1966. His other postings were to Ibadan, as 2nd in command and to Benin City, as the Station Commander of the troops in the then Mid-Western State of Nigeria. With his Four Musketeers of seasoned civil servants, A.E Howson-Wright (Head of Service); F.C.O Coker (Finance Secretary); J.O. Adeyemi-Bero (Administrative Secretary); and M.I.O. Agoro (Legal Secretary), Johnson set out to lay a solid and enduring foundation for Lagos State. The Johnson Administration did not only create a Coat of Arms for the new state but also designed the yellow, blue, red, green and white colours for the emerging state.

Within one year, the Johnson administration (through the Commissioner for Education, the late Otunba Adeniran Ogunsanya) built the five Government Colleges. The administration also established its very first housing estate, which was commissioned by the then Head of State, General Yakubu Gowon. Other landmark achievements include the establishment of an industrial estate and an ambitious poultry programme that boosted the supply of eggs to schools and hospitals in the state.

Quite a good number of people thought the creation of Lagos State was a ruse, but Governor Johnson made sure it worked. He and his team of seasoned administrators worked round the clock to ensure that Lagos State became a reality and for over 40 years thereafter, Lagos has remained a model state, setting the pace.

Other achievements of the Johnson administration include:

Following the Coup d’etat of July 1975, the administration of Gen Murtala Mohammed showcased Brig. Mobolaji Johnson as one of the two state Governors (along with Brig-Gen Oluwole Rotimi) found not guilty of corruption by the three-man panel commissioned to investigate the various allegations of corruption against the State Governors.

In 1975, Brigadier Johnson retired from the Military with full honours. After leaving the Army, he went into private business and was the Chairman of Nigerian Conservation Foundation. He became a Director at the construction giant – Julius Berger Nigeria in 1979 and its chairman in 1996, a post he held until 2009.

He was also the Chairman, Executive Council of Lagos State University Development Foundation.

In 1968 he was installed as Majeobaje (Chief) of Lagos, by the Oba of Lagos, and in 1970, he was given another title of Chieftaincy —Maiyegun of Ikorodu.

A road, an avenue, a sport complex and a housing estate at Lekki bear his name in appreciation of his meritorious service to his home state.

Brigadier Johnson, who lost his wife, Funmi, on Saturday, February 6, 2016, was survived by three sons and a daughter.

Brigadier Mobolaji Johnson (rtd)…a big loss to Lagos and Nigeria at large. A man of impeccable character and an outstanding gentleman.