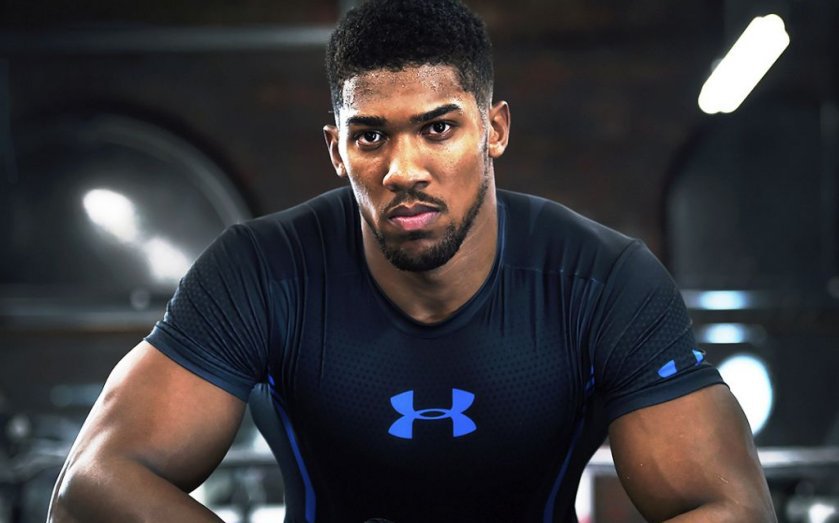 Anthony Oluwafemi Olaseni Joshua, MBE was born on the 15th of October 1989.

He is a British Professional Boxer. Joshua was born in Watford, Hertfordshire, to Nigerian parents, Yeta, and Robert Joshua. Joshua also has Irish ancestry through his father’s side.

Specifically, Joshua is of Yoruba ethnicity.

Joshua grew up in Nigeria as a boarding school student. Following his parents’ divorce at the age of 12, he returned to the UK halfway through Year Seven to join Kings Langley Secondary School. Growing up on the Meriden Estate in Garston, Hertfordshire, Joshua was called “Femi” by his friends and former teachers, due to his middle name, Oluwafemi. He excelled at football and athletics and broke the Year Nine 100m record with a time of 11.6 seconds.

A late starter in the sport, Joshua only began boxing in 2007, aged 18, when his cousin suggested he take it up. His club, Finchley ABC in Barnet, North London, is also home to professional heavyweight Dereck Chisora. Joshua won the 2009 and 2010 Haringey Box Cup. Joshua won the senior ABA Championships in 2010, in only his 18th bout, and later turned down £50,000 to turn professional. “Turning down that £50,000 was easy. I didn’t take up the sport for money, I want to win medals.” He also went on to win the same tournament the following year.

In 2010 his domestic success earned him a place on the GB Boxing team and later the same year he became British amateur champion at the GB Amateur Boxing Championships after defeating Amin Isa.

In June 2011 at the 2011 European Amateur Boxing Championships he beat Eric Berechlin and Cathal McMonagle but was stopped by aggressive Romanian southpaw Mihai Nistor after receiving several standing counts. In October 2011 he was named Amateur Boxer of the Year by the Boxing Writers Club of Great Britain.

Joshua represented England at the 2011 World Championships as an amateur in the super-heavyweight division, winning a silver medal; he also represented Great Britain at the 2012 Olympics, winning gold. In 2014, a year after turning professional, he was named Prospect of the Year by The Ring magazine.

In 2017, Joshua’s victorious fight against Wladimir Klitschko was named Fight of the Year by The Ring and the Boxing Writers Association of America. Joshua is the second British boxer, after James DeGale, to win both a gold medal at the Olympics and a world title by a major professional sanctioning body, as well as being the first British heavyweight to do so.

He is currently a unified world heavyweight champion, having held the IBF title since 2016, the WBA (Super) and IBO titles since 2017, and the WBO title since March 2018. At regional level he held the British and Commonwealth heavyweight titles from 2014 to 2016.
Joshua had an amateur record of 40-3.

During the 2011 World Amateur Boxing Championships in Baku, Azerbaijan, Joshua marked his sudden arrival on the world scene when he beat Italian reigning World & Olympic champion Roberto Cammarelle, and went on to stop Erik Pfeifer of Germany in the semis before losing by a single point to local boxer, Magomedrasul Majidov winning a silver medal. En route to the final, Joshua secured his place at the 2012 Olympic Games in the 91 kg+ division as a relative new-comer to the elite level of the sport.

Joshua went into the 2012 London Olympics as a novice on the international scene, despite being a world silver medalist. He received a tough draw in the last 16 of the super heavyweight event in Cuban Erislandy Savón, ranked No. 4 in the world by AIBA and nephew of the three time Olympic champion Félix Savón.

He was appointed Member of the Order of the British Empire (MBE) in the 2013 New Year Honours for services to boxing.

On 11 July 2013 it was confirmed that Joshua had turned professional under the Matchroom Sport promotional banner. Joshua made his professional debut on 5 October 2013 at the O2 Arena in London in the Main-Event of a card featuring Scott Quigg’s successful WBA super-bantamweight title defence against Yoandris Salinas, beating Italian Emmanuel Leo by a TKO in the first round. Joshua’s second professional fight was against English heavyweight Paul Butlin at the Motorpoint Arena in Sheffield on 26 October 2013. The bout was stopped in the 2nd round when the referee decided Butlin was taking too much punishment and declared Joshua the winner by TKO. Joshua’s third professional fight was on the Prizefighter Series card against Croatian Hrvoje Kisciek on 14 November 2013. Joshua got a TKO victory in the second round, achieving his third knockout victory in a row.

In Anthony Joshua’s eighth professional fight, on 13 September 2014, against German heavyweight Konstantin Airich, Joshua took his undefeated record to 8-0 with a 3rd round stoppage victory, in the Manchester Arena.

Joshua won the fight by knockout in the second round taking his record to 9-0 and then winning the WBC International heavyweight Title aged just 24.

In his 10th professional bout, on 22 November 2014, Joshua defeated Michael Sprott within the 1st round to extend his record to 10 wins all by stoppage. Going into this bout as he had 9 bouts all not lasting longer than 3 rounds his total career ring time was just 35 minutes and 10 seconds and after the bout it was just 36 minutes and 36 seconds in 10 bouts as a result of the bout lasting only 1 minute and 26 seconds.

Joshua has expressed an interest in chess as well as reading as a way to reinforce his boxing and tactical abilities. He was a bricklayer before taking up boxing full-time.

In November 2016, Joshua announced he would be investing in a members-only fitness gym, BXR. Joshua teamed up with the founders of BXR via his physio and medical contacts and the same team from CHHP London in Harley Street are available at BXR including a number of sports therapists, physiotherapists, doctors and osteopaths alongside BXR’s boxers, boxing coaches and MMA fighters.

The gym opened in January 2017 on Chiltern Street in Marylebone, London

As of February 2018, Joshua is ranked as the world’s best active heavyweight by The Ring, the Transnational Boxing Rankings Board, and BoxRec. Known for having exceptional punching power, he has finished all but one of his fights to date by knockout.