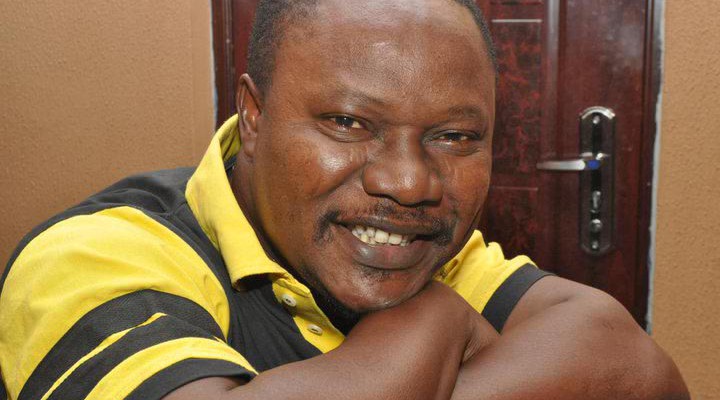 Niji Akanni is a Brilliant Screenwriter and a Fantastic Movie Director. The Outstanding Filmmaker has scripted, co-scripted and directed several notable Nigerian films and reality shows.

Adeniji Akanni who clocked the age of 54 a few days ago received a Bachelor of Arts (B.A.) degree in Dramatic Arts from the Obafemi Awolowo University (OAU) and a Master’s Degree in Film Studies from the University of Ibadan (U.I.) as well as a Professional Master’s Degree (MFA) in Screenplay Writing and Film Directing from the Film and Television Institute of India.

The Abeokuta-born Filmmaker is currently a PhD candidate working on Nigerian Film Narrative and Aesthetics at the University of Ibadan, Nigeria. He is also the Principal Partner at No Gloss Pictures, a Film and Television production/consultancy company based in Lagos, Nigeria. Akanni taught Acting and Stagecraft in the Department of Drama, University of Nigeria, Nsukka. He was a visiting lecturer in TV & Video Production at the NTA-TV College, Jos, and most recently conducted a Master Class in Film Directing at the 3rd Obafemi Awolowo University Film Conference/Festival in November 2012.

He directed “Abobaku”, a Super-16mm film as Nigeria’s entry for the 2008 MNET New Directions project. This work won two Best Short Film awards (at the 2010 ZUMA Film Festival, and the 2010 TERRACOTA Film & Television Awards).
Described as ‘a masterpiece of contemporary Nigerian cinema’ on its release in 2011, Aramotu, written and directed by Niji Akanni, won the Best Nigerian Film and Best Costume Design prizes at the African Movie Academy Awards (AMAA) 2011: and was judged the Best Feature Film at the Africa International Film Festival (AIFF) 2011.

“Aramotu” has been invited to and screened at several festivals around the world, including the Samsung Women’s International Film Festival 2012, Chennai, India; the Africa in the Picture Film Festival 2012, Amsterdam, and the Werkstatt Kulturen 2012, Berlin, Germany.

Most recently, “Aramotu” was screened at the 2013 Arusha African Film Festival (AAFF), Tanzania, and was also one of the seven Nigerian films featured in the Country Focus section of the 18th International Film Festival of Kerala, India.

Niji Akanni wrote and directed Heroes and Zeros, which won the Most Outstanding Film and Audience Choice awards at the EKO International Film Festival 2012. The film was one of the two Nigerian films selected for the 2013 Pan African Film and TV Festival (FESPACO) in Ouagadogou, Burkina Faso.

At the 2013 African Movie Academy Awards (AMAA), Heroes and Zeros was nominated in six categories and won three prizes: Best Editing, Best Screenplay and Best Director. The film was also Akanni’s second work to be featured in the Country Focus section of the 18th International Film Festival of Kerala, India.

Niji Akanni was also a part of the beginning of TV Reality shows in Nigeria, having featured as a Director in such benchmark shows like Amstel Malta Box Office (2005), Big Brother Nigeria (2006) and The Apprentice Africa (2008).

He has produced and directed 12 documentary film titles, including the award-winning “We Speak for Us” (a civil rights project funded by DFID for the International Press Centre, Lagos) and “The 11-Day Siege” (for the Women Advocacy, Research and Documentation Centre, WARD-C, Lagos), and ten other titles for the ActionAid Nigeria.

His TV Drama Series “Nowhere to be Found” and “Family Ties”, which he directs for AK Media Limited, are currently in their 10th and 6th Seasons respectively, and running on 39 channels across Nigeria.