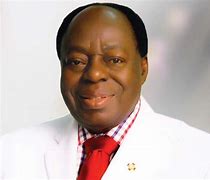 From a humble background in the rustic town of Ado-Ekiti, the capital of Ekiti State, Nigeria, Aare Afe Babalola, SAN, has grown not only to be a colossus in the legal profession and in arbitration, but also a household name in the education sector. He was at various times a pupil, teacher, a secondary school teacher, secondary school vice principal, university lecturer, economist, auditor, administrator, farmer and educationist.

Born on October 30, 1929, he attended Emmanuel Primary School, Ado-Ekiti, where he obtained his standard six certificate. By private study, he enrolled for Senior Cambridge School Certificate and obtained A-Level certificate from the University of London before going to the London School of Economics where he got a bachelor’s degree in Economics. After working briefly at the Central Bank of Nigeria, he went back to the University of London for his degree in Law, and in 1963 was called to the Bar and became a member of Lincoln’s Inn, London.

He started out in 1963 in Ibadan as a lawyer in the chambers of Olu Ayoola and Co. Two years later, he started his own chambers, Emmanuel Chambers, also in Ibadan and has been soaring high. In 1987, he got to the peak of his profession as a lawyer when he was made a Senior Advocate of Nigeria, SAN. He has trained more than 2,500 lawyers, including 15 Senior Advocates, some of who later became Judges and Attorneys-General of the Federation. He has been in practice for about 50 years and is an active uninterrupted member of the Nigeria Bar Association and International Bar Association (IBA). He is a Fellow of the Nigerian Institute of Advanced Legal Studies, a Fellow of the Chartered Institute of Arbitrators Nigeria, Fellow of the Leadership Institute of Nigeria, member of the Body of Benchers, the highest legal body in Nigeria. His big stature in the legal profession made the nation’s leaders at various times consider making him the nation’s number one law officer, that is the Attorney General and Minister of Justice, but not once or twice, he turned down such offers.

It is obvious that from how he started in life and how he achieved some exploits academically, Babalola is a lover of education. This, he had the opportunity to showcase at the national level when he was appointed the Pro-Chancellor and Chairman of the Governing Council of the University of Lagos from 2001-2007 and one time Chairman of the Committee of Pro Chancellors of Nigerian Universities. During his stint at UNILAG, he drew many projects to the university from various corporate bodies such as Julius Berger, Shell, Wema Bank, among others. Not only were those organisations able to execute projects on campus, the relationship between the Governing Council, the school management and the students was not only cordial but also tremendous progress was made. It was from that experience that he got the motivation to start his university, the Afe Babalola University, ABUAD, Ado-Ekiti, in 2009. With determination and faith, he started university over the age of 80.

Aare Afe Babalola said he set up ABUAD to teach people how to run a university. Having spent most of his working/adult life in Ibadan, the temptation to start the university in the city was high, but the Ado-Ekiti born lawyer opted for his hometown to host the world-class university. The physical development of the university dwarfs that of many federal and state universities, while the equipment and facilities available trump one’s imagination.

The university’s 121-unit Industrial Research Park was commenced January 25, 2018, which was closely followed by the commencement of operations at the state-of-the-art 400-bed ABUAD Multi-system Hospital on March 21, 2018. ABUAD had on May 21, 2018 commissioned its Planetarium, the sophisticated Tele-medicine equipment donated by its hospital partners, Aster DM of Dubai. The school also commissioned its state-of-the-art postgraduate College & Halls of Residence as well as the modern Social & Management Sciences Complex. The hospital has state-of-the-art facilities that most public teaching hospitals in the country do not have. It has eight modular theatres, CT-Scan and MRI scan machines, 16 kidney dialysis machines and an ICU ward. The hospital has carried out kidney transplant, several brain surgeries, heart surgeries, etc. The Law department is reputed to be the best in West Africa, and the College of Engineering was described by the Nigerian Society of Engineers, NSE, as the best-equipped engineering college in the country.

Despite being a private university, ABUAD awards scholarships to deserving students and gives rebates on some courses like Agriculture to encourage students to go into those areas. While many public universities are groaning under heavy monthly electricity bills, ABUAD has its own independent power project that serves the school, its industrial park and others. Aare Afe Babalola currently has in his employment about 4000 Nigerians working and earning their living in his University which also consists of the fast growing and very large University farm and one of Africa’s best and most equipped hospitals, the ABUAD Multi-System hospital.

As one born into a family of farmers, up until now, his love for farming is very high. He owns big farms in many towns where he planted teak trees, various food and cash crops and he is one of the biggest fish farmers in Ekiti State. He recently complemented his love for agriculture by setting up an Industrial Park in Ado-Ekiti where various crops like cassava, tomatoes, yam among others would be processed into finished products, thereby helping to reduce the huge waste always encountered while storing such items.

The annual Afe Babalola Agricultural Exposition (ABAEX) which began in October 2012 has become one of the largest agricultural exhibitions in Africa. The vision of ABA-EX, under the sole sponsorship of Aare Afe Babalola, is to promote and encourage excellence and sustainable agricultural output performance amongst farmers in Ekiti State. Local farmers are motivated through financial empowerment for transforming local production processes into modernized, productive and competitive enterprise to feed Ekiti and Nigeria as a whole. An advocate par excellence, Aare Afe Babalola has made outstanding contributions to the development of Nigerian Law and Jurisprudence through advocacy in Court. This is evident from the celebrated cases which he has handled and the notable personalities and corporate bodies that constitute his clientele. He has to his credit several legal books, namely, Injunctions and Enforcement of Orders; Law and Practice of Evidence in Nigeria; (Ed.); Enforcement of Judgments; and Election Law and Practice, etc. All of which have contributed immensely to the promotion of legal education and practice in Nigeria. He has also authored over 200 legal and non-legal articles contained in law books and journals some of which works he had delivered as lectures at various events.

Aare Afe Babalola is a Lecturer at the Nigerian Institute of Advanced Legal Studies, visiting lecturer at the Post-graduate Schools of the University of Lagos and the University of Ibadan, as well as the Centre for African Law and Development Studies. He is also the author of “YOU AND THE LAW”, a column published by the Nigerian Tribune Newspaper on Mondays. A Patron of several law student societies, legal institutions and corporate bodies, his experience and number of years in uninterrupted legal practice have equipped him with versatility in many areas of law.

He is a consultant to several conglomerates, the Federal Government of Nigeria, companies and the World Bank. He is an administrator of repute and is actively involved in both domestic and international arbitration. He owns a huge law library and is strongly devoted to the advancement of law and the legal profession in Nigeria.

With the Officer of the Federal Republic (OFR) and Commander of the Order of the Niger (CON) firmly in his kitty, the cerebral Advocate was conferred with the title of the Aare Bamofin of Yoruba Nation, in 2008 by the late Alaafin of Oyo, Oba Dr. Lamidi Adeyemi II. This was in recognition of his legendary exploits in legal practice and his fame that spreads like manure. The Alaafin in pronouncing him as Aare Bamofin, decreed his preeminence as a Royal Highness and tribal legend. He was forbidden from ever prostrating to any man, except God. He was required to carry himself in royalty.

He is married to Modupe Mercy Babalola and blessed with children, including Bolanle Austen-Peters.

DAWN Commission celebrates the highly revered legal icon, pacesetter and philanthropist par excellence. He is a source of pride and inspiration to all, as his life remains a lesson in diligence, hard work, generosity, courage and the power of vision. His generosity of spirit is legendary; his love for his State, Yorubaland and its people is uncommon; and his penchant for excellence remains unmatchable. We wish him good health and long life as he continues to serve and be a source of blessing to humanity.