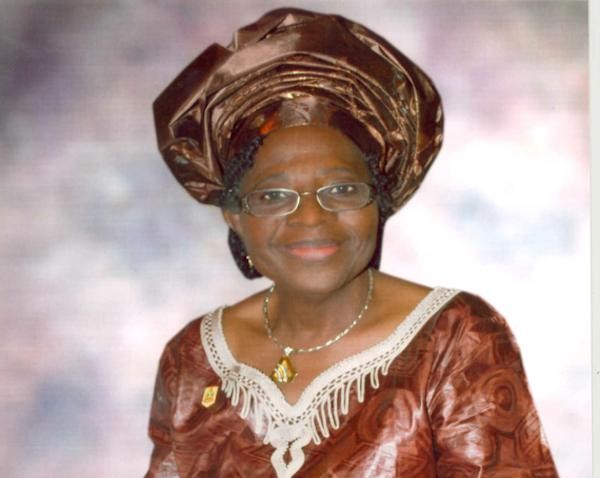 Professor Deborah Enilo Ajakaiye is a brilliant academic who is highly revered for her contribution to the socio-economic development of Nigeria through hydrocarbon discoveries, and incidentally, she is Nigeria’s first female Professor of Physics. She was born in 1940 in the city of Jos, the capital of Plateau State. She remains a famous Nigerian Geophysicist been the first female Physics Professor in Africa whose work in geophysics has played an important role in mining in Nigeria. Her research over the years has made a remarkable contribution to Earth Sciences. Some of her discoveries and fundamental results include but are not limited to:

Professor Deborah Ajakaiye hails from the “Tin city” of Jos, Plateau state. She is the fifth of six children, born in 1940 to a family that believed in gender equality. This was displayed by the even distribution of household chores amongst the kids and also charging them to school. In 1962 she graduated from the prestigious University of Ibadan with a degree in physics. She furthered with a master’s degree at the University of Birmingham in England, and in 1970 received her Ph.D. in Geophysics from the indigenous Ahmadu Bello University, Nigeria. Initially, she had interest in mathematics, but Professor Ajakaiye maintains she preferred geophysics because she believed it could help her country.

Professor Deborah Ajakaiye became a professor of physics in 1980, making her the first female to attain such feat in Africa. She taught at Ahmadu Bello University and the University of Jos, served as the Dean of Faculty of Natural sciences at the latter. Her work in geovisualization has been used to locate both mineral deposits and groundwater in Nigeria. She created the first gravity map of Nigeria while working with several students that are mostly female.

Ajakaiye has been recognized for both her scientific advancements and her intellectual contribution to the development of the Federal Republic of Nigeria. The Nigerian geophysicist played an important role in mining in Nigeria. She made notable contributions to the socioeconomic development of Nigeria through hydrocarbon discoveries. She was honored by the Nigerian Mining and Geosciences Society for her work in geovisualization, making her the first woman to receive the award. She was also the first black African to be named a fellow of the Geological Society of London.

Prof. Ajakaiye was among the 50 Nigerian women who were honoured with a special award by the Nigerian First Lady, Dame Patience Goodluck Jonathan, on September 29, 2010 at the 50th independence Award for Women of Distinction. She has written many books and made lectures and presentations at several conferences. Professor Deborah Ajakaiye co-authored the book, Course Manual & Atlas of Structural Styleson Reflection Profiles from the Niger Delta, with A. W. Bally. The book has become an international reference material on seismic studies and research on the oil rich Niger Delta region of Nigeria and similar deltas worldwide.

Ajakaiye served as a member of the Advisory Council of the American Association of Petroleum Geologists (AAPG) from 2001 to 2004 and was elected to become AAPGs Africa Region President from 2005 to 2007. She was the first and only African to win the AAPG award in 2011. It is also interesting to know that Deborah Ajakaiye is currently leading Nigeria’s National Petroleum Commissions quest to increase the nation’s crude oil reserves through geophysical exploration of the inland sedimentary basins such as the Chad Basin, Gongola/Yola Basin, Benue trough, Anambra Basin, Bida Basin, Sokoto Basin and the Dahomey Basin.

Retired but Not Tired (Philanthropic Activities)

In 1991, she retired from academic duties and dedicated herself to charity work. She founded a charity organisation Christian Care for Widows, Widowers, the Aged and Orphans (CCWA). The platform is non-profit as Prof. Deborah caters physically, mentally, emotionally and spiritually to the welfare of its members. CCWA marked her 25th anniversary on October, 2017 in Abuja, Nigeria with the theme; Think Positively. It has more than 30,000 registered members across 25 states of the country with 509 centres covering all the six geopolitical zones. So far, the organisation has awarded scholarships to 663 orphans trained 1600 widows in various skills granted 822 microloans to registered widows and conducted medical checkup on 884 widows across the zones as well as organized health talks to over 2500 widows in HIV/AIDS Awareness campaign amongst several others.

DAWN Commission celebrates this academic guru and world-renowned physicist and wishes her a happy retirement and success in her service to humanity.