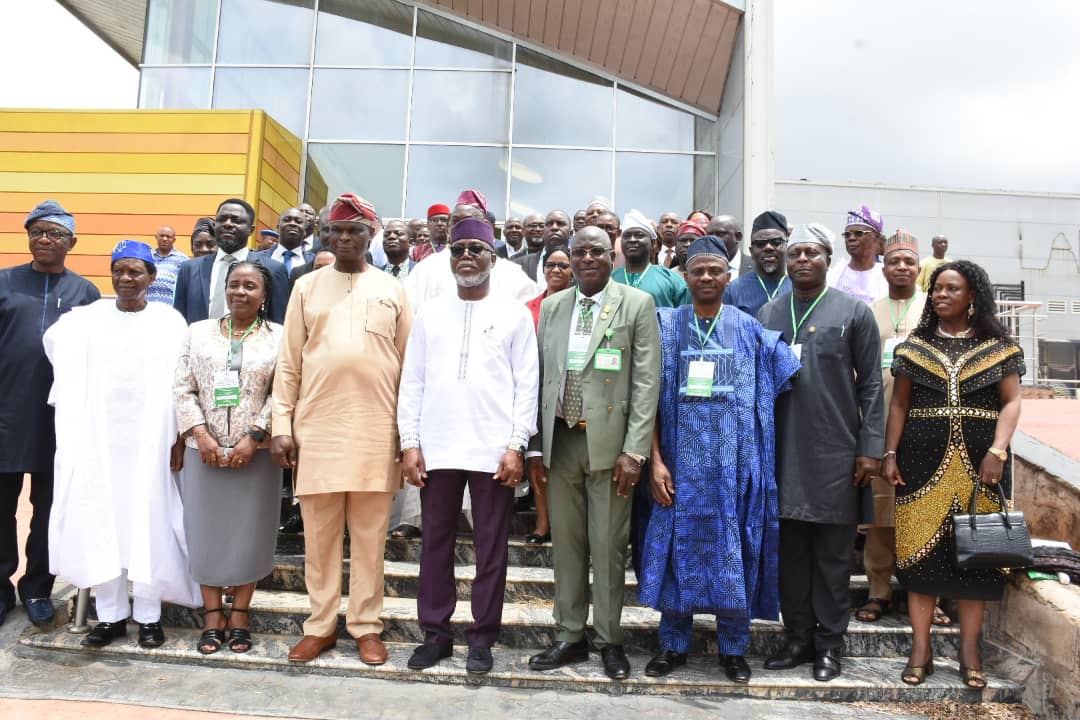 The Heads of Service across the Southwest States of Ondo, Ekiti, Lagos, Ogun, Osun and Oyo have reiterated the need to entrench digital consciousness into the structures and processes of the Civil Service in the Region. This was the focus of discussion at the recently concluded Southwest Heads of Service Strategic Meeting facilitated by Development Agenda for Western Nigeria, DAWN Commission and hosted by the Ondo State government in Akure on Thursday, 19th May, 2022.

The meeting with the theme, ‘Rethinking Civil Service in a Digital World’ delved into practical ways in which the civil service processes can be digitalized in line with changing global dynamics facilitated by technology.

While declaring the meeting open, the Executive Governor of Ondo State, Arakunrin Oluwarotimi Odunayo Akeredolu who was ably represented by the Deputy Governor, Mr. Lucky Orimisan Aiyedatiwa, noted that industrial policies must be digitalized as much as possible. He noted that the introduction of Information and Communication Technology (ICT) in the State has significantly improved the quality of service delivery in the State. Arakunrin stressed that the Civil Service must remain receptive to global best practices and apply them so that the dividends of good governance can be felt by the citizenry. He particularly congratulated the Ondo State Head of Service, Pastor John Adeniran Adeyemo, MNI for hosting the successful convergence of his colleagues from across the Southwest States.

In his welcome address, the Ondo State Head of Service, Pastor John Adeniran Adeyemo, MNI stressed the imperative of embracing and leveraging on technology in delivering good governance to the people while pledging the commitment of the bureaucracy to supporting the government in achieving a smarter State. He went on to highlight some of the giant strides Ondo State is taking in ensuring better living conditions for its citizenry.

In his prefatory speech, the Director-General, Development Agenda for Western Nigeria, (DAWN) Commission, Mr. ‘Seye Oyeleye applauded the Heads of Service for their constant support for the Commission’s effort at promoting Regional Integration for the Southwest. He further affirmed the significance of building a digitized Civil Service that can meet up to the demands and realities of the 21st century. According to the Director-General, digitalization of the Civil Service involves adopting e-governance in its activities and processes through information technology to streamline processes, maintaining electronic records, and improving the flow and integration of information.

In her goodwill message, the Ondo State Commissioner for Regional Integration and Diaspora Matters, Mrs. Bamidele Ademola-Olateju charged the audience on the need to weave our heritage as Africans and Yoruba into technological development as this is one of the most effective ways to achieve global relevance.

Speaking at the meeting, the Director General of the Bureau of Public Service Reforms, (BPSR), Mr. Dasuki Ibrahim Arabi, who was represented by the Director of Strategic Communications, Mallam Aliyu Umar, noted that the role of Public Service to the development of the State and the Federation as a whole cannot be overemphasized. He went on to give a brief introduction of the national e-governance masterplan and available opportunities for ICT development across the States. He stated the commitment of the Bureau to delve deeper into these with further clarifications from the leadership.

In his address, the former Head of Service of the State, Mr. Ajose Kudehinbu, gave a historical foundation of the Heads of Service meeting and the significant role it has played in deepening Regional Integration for the Southwest. In a similar vein, Mr. Kudeyinbu noted the importance of digital literacy to the Civil Service process as well as the need for constant capacity development for the personnel.

The Heads of Service took turns to share experiences on the efforts that have been made so far in achieving digitalization and pledged their commitments to intensifying efforts at achieving a smarter Civil Service.

As an immediate action, the forum committed to ensuring that personalized official email addresses be created for all civil Service personnel for easy communication and information circulation. In the same vein, the meeting called for more improved collaborations between the Southwest States through the Reform Coordinating Agencies and the Bureau of Public Service Reforms, BPSR considering areas of comparative advantage and peculiarities of the Southwest States.