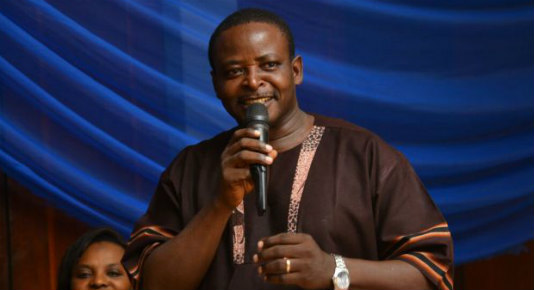 The Head of History Department, University of Ibadan, Professor Olutayo Charles Adesina is expected to be the guest lecturer at the lecture series according to the organizers with topic, “Royal Curses and The Curses of Yoruba History. The informative and educative event will give another opportunity to the people to have insight into the past and future of the Yoruba race.

The programme, which kicks off at 9 am at the University of Ibadan Conference Centre, Subomi Balogun Hall is open to the general public.

Already, four frontline Yoruba Obas have indicated their interests in attending the lecture.

The intriguing question about this lecture is how mere curses pronounced by royal persons have affected, influenced or even altered the history of one of the most dynamic groups in black Africa.

While explaining further to PMParrot, Prof Adesina said “The average Yoruba man or woman is conversant with the curse of Aole, the 18th century Alaafin of Oyo.

“But it will be interesting how this and other courses by our royal fathers have become implicated in what we are or in the contours of the story of a race”.

Earlier editions of the conversation featured the likes of Professor Banji Akintoye, Professor Bolanle Awe and others.