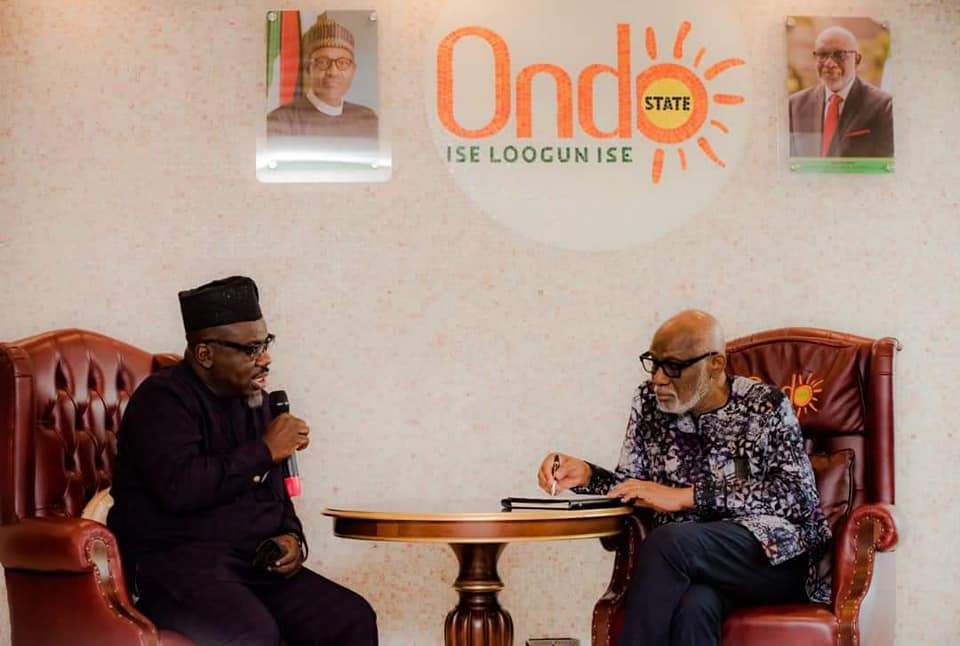 On Thursday, a delegation from DAWN Commission, led by the Director-General, Mr. Seye Oyeleye, paid a condolence visit to Ondo State following the vile and horrific murder of Christain worshippers at the St. Francis Catholic Church, Owo last Sunday.

The delegation began their visit at the Palace of the Olowo of Owo, to commiserate with Oba Ajibade Ogunoye. Mr. Seye Oyeleye during his remarks to the Olowo of Owo, sympathised with the King and the residents of Owo and expressed DAWN Commission’s desire, commitment and determination to work with the relevant stakeholders to secure Western Nigeria.

Following the visit to the Olowo of Owo, the team from the Commission journeyed to Akure to condole with His Excellency Arakunrin Rotimi Akeredolu. At the Government House, Mr Seye Oyeleye said the attack was a violation of the way of life in Yoruba land.

“It is an attack on our way of life. It is not an accident that they came to Owo. We know what you stand for. We know a lot of things that you championed and if not for you, it would have been dead. If not your lead, Amotekun won’t come to light.

“This is an attack on Yoruba land. We know it is painful but you are not alone. We are here to ensure that the states support the measure you are putting in place. We are committed to helping you to protect the lives and property of the people. We are expressing our heartfelt condolences.” He said.

Governor Akeredolu in response described the attack as an act of terrorism, stressing that the perpetrators are terrorists.

“What happened to us on Sunday, I never thought it would happen in my imagination. We are still deeply troubled. I have visited the scene, we have visited the church and I know the state of things.

“This singular incident has attracted the whole world. The Pope spoke. The House of Commons held a session on it. I have spoken to the British ambassador and the United States has sent us a letter. If you say it is an attack on the Region I agree with you.

“A few of my colleagues have been here across party divide. From Lagos to Oyo to Osun to Ekiti. It is a great attack on the Region. And I believe it was to impact negatively on our psyche. They took a wrong target. We will not be deterred.” the Governor said.

The meeting at the Governor’s Office was preceded by a visit to the scene of the horrific incident, St. Francis Catholic Church, Owo.