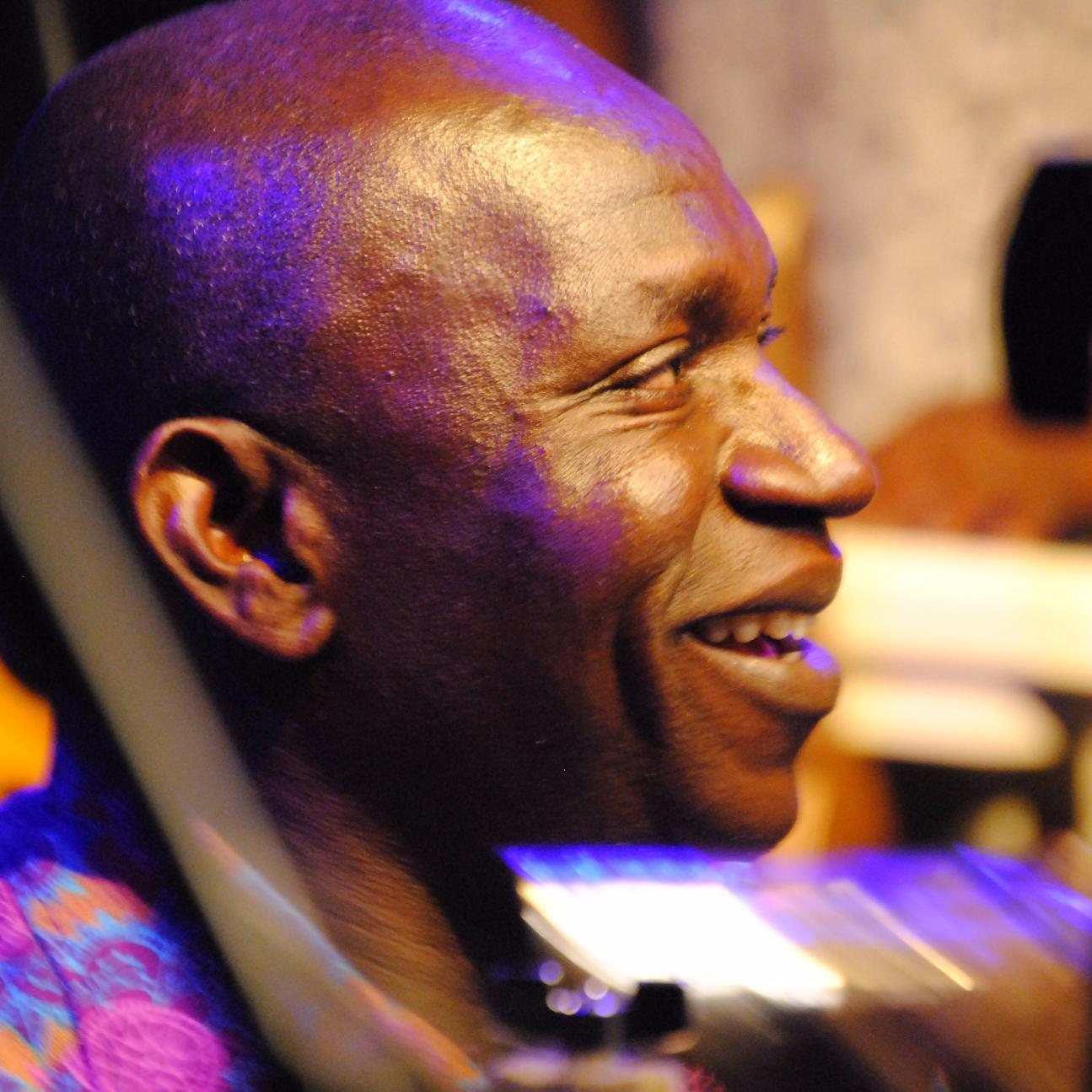 Olalekan Babalola is a Nigerian Jazz Percussionist, a Musician and the 1st Grammy Award Winner in Nigeria.

Born in Lagos State in 1960, he attended the Bishop Oluwole Primary School, Agege for his Basic Education before proceeding to Iwo in the old Oyo State for his Secondary School Education.

At age six, he had started playing the conga at his father’s Aladura Church and later formed a patchwork band with his peers.

Babalola however dropped the engineering programme for music and later enrolled at the Central Saint Martin’s College of Art and Design where he studied filmmaking.

He proceeded to the Northern Film School where he completed his master’s degree and then began his music career, playing with bands all over Europe.
He supplemented with odd jobs and was largely supported by his friend, Dehinde Harrison. He joined the Samba Band and later New York City-based Art Blakey’s Jazz Messengers band, where he perfected playing the Bongo drums and performing jazz music.

In 2006, he became Nigeria’s first Grammy Award winner for his work on Ali Farka Touré’s In the Heart of the Moon which he was credited in three tracks. He also won a second Grammy in 2009 for his work on Cassandra Wilson’s 2008 album titled “Loverly”.

Babalola has produced four official albums of his own, many of which are nods to his religious beliefs and the Yoruba culture.

His album with Mr Bongo, Songs of Icon, is an unique recording that draws its musical influences and inspiration from Santeria, an Afrocuban version of IFA. His 2nd single Asokere was remixed by IG Culture and became HMV’s ‘Broken Beat Single and an underground anthem on the scene.

It featured on Africanism Vol 3 and released through Defect in the UK and also appeared on Gilles Peterson’s ‘In Africa’ compilation released in 2005.

It is also interesting to note that he is the Founder of the Ifa-Yoruba Contemporary Arts Trust. His singular passion has been to elucidate and bring forward the Yoruba Culture and Arts, encompassing the wide range of its expression in Africa and the diaspora.

He has performed at the Lagos International Jazz Festival a number of times, but he is mainly based in England.
He is married to a Jazz Musician, Kate Luxmoore, who he regards as a greater musician than he himself and they are blessed with three children.