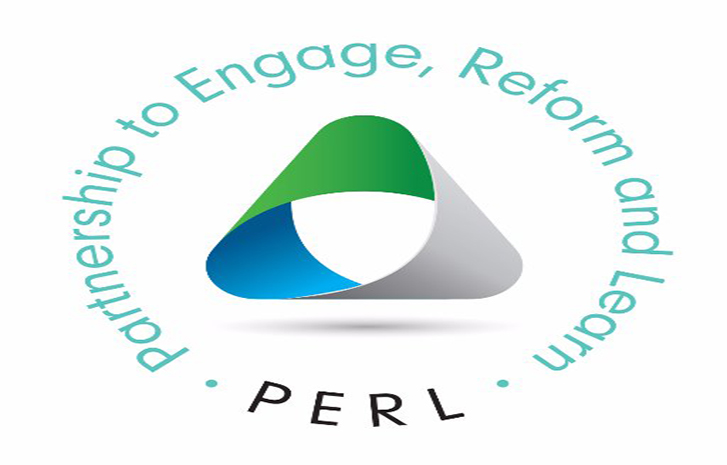 The Partnership to Engage, Reform and Learn (PERL), a programme of the Department for International Development (DFID), supports how governments organise their core business of making, implementing, tracking and accounting for policies, plans and budgets used in delivering public goods (economic stability and an enabling environment for private enterprise to promote growth and reduce poverty) and services to the citizenry, and how citizens themselves engage with these processes.

Governance, as it has been described, is central to development conversations. The World Bank (1992) defines it as the manner in which power is exercised in the management of a country’s economic and social resources for development. According to the Bank, one of major reasons programmes or projects funds fail is due to factors deeply related to the quality of government action.

Thus, promotion of good governance is at the centre of DAWN Commission’s activities geared towards making the Southwest Region a preferred place for people to visit, live, work and invest. In pursuit of this vision, the Commission has been engaging different stakeholders ranging from development partners, civil society organisations (CSOs), academia and organized private sector on facilitating process and structure that will enable governance best practice across the States of the Region.

Thus, DFID, in conceiving its ongoing governance and accountability programme, Partnership to Engage Reform and Learn (PERL), opted for regional approach in the Southwest and DAWN Commission was chosen to be its implementation partner. The five-year programme mobilizes government and citizen groups to collaboratively address governance challenges for improved delivery public goods and service.

Since 2016 when PERL started implementation, technical support has been channeled towards strengthening governance processes and structures for improved service delivery in selected sectors. For instance, support has been given towards improving the Southwest States ranking on ease of doing business (EoDB), establishment of reform coordinating agencies (RCAs) for effective coordination of reform initiatives in the States, and facilitation of public finance management (PFM) reform. Agriculture and Health sectors have also benefited from the programme ,

There is abundance of evidence of how the interventions are changing the face of governance in the Region. For instance, in the area of PFM, there are now proper planning and budgeting framework, as well as an improved accounting system. Citizen groups have also been trained on budget monitoring to ensure their effective involvement in the preparation of State budget. Town Hall meetings are now a regular occurrence in almost all the States as a result of DAWN/PERL interventions. Oyo State for instance, has moved from closed budgeting process to Open and transparent participatory budgeting. In the same vein, Ondo State currently publishes all taxes, rates, levies, and laws online following DAWN/PERL facilitated peer reviews with Lagos and Ogun. Ekiti and Osun States have both conducted Citizens Needs Assessment exercises, demonstrating the inclusion of citizens in the budget and policy development process of the States.

On Agricultural development, the mandate of Ministries Departments and Agencies (MDAs) in the Agricultural sector have been clarified, with overlaps and duplication of efforts eliminated to ensure synergy for effective performance of these MDAs operating within the Agriculture value chain.

In line with DAWN Commission’s mission of engendering collaboration and cooperation among the Southwest States, we have facilitated series of cross learning among the States that have led to adaptation and replication of good practices in various States through the programme. As an example, Ogun State, taking a cue from Lagos during one of the learning tours facilitated by DAWN/PERL, has reviewed its hospitals management structure such that 12 General Hospitals in the State now have semi-autonomous status. This would ensure proper management of these hospitals as approvals, to a reasonable limit, are now within the purview of the hospitals’ management as against the centralised method that was initially adopted.

Due to lack of State-wide coordination in terms of reform implementation in many of the States at inception of the PERL programme when we travelled round the States to map reforms, the need for a well-structured reform coordinating agency became imperative. However, the Commission’s advocacy for establishment of a reform coordinating agency has been successful because three of the States now have functional RCAs, and they have been at the centre of reforms that are being facilitated in the States. They have also maintained close relationship through their Community of Practice where heads of these Agencies come for peer learning and experience sharing.

The series of regional meetings under the auspices of DAWN Commission has also spurred the establishment of investment promotion agencies (IPAs) across the Region and this has further entrenched inter-agency collaboration which has had a tremendous effect on service delivery and improvement on the business environment across the States of the Region.

The success of the methodology adopted by DFID on implementation of PERL has further lent credence to the essence of regional approach as a catalyst for growth and development in a society that is resource-challenged like Nigeria. The DAWN Commission platform has been a veritable platform for States to cooperate and collaborate on governance issues.

As the PERL programme winds up, we are optimistic that the beneficiary States will not only sustain but scale up various reforms that are being implemented in different sectors.

by Titi Kushimo and Abdulrazaq Balogun