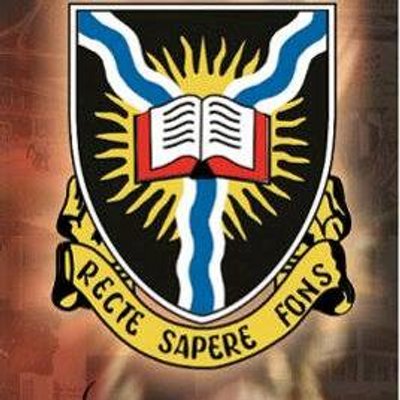 DAWN Commission’s collaboration with UI’s research and development unit is to technically simplify the nexus between town and gown and at the same time disrupt the perceived gap that exists between university and development practitioners.

Government has been called upon to, as a matter of deliberate policy, promote research by strengthening the link between academic institutions and the industry through provision of incentives to companies that collaborate with researchers.

It was organised by the university in collaboration with the Development Agenda for Western Nigeria (DAWN) Commission, and was chaired by Ambassador Ayo Olukanmi, Director-General, Nigerian Association of Chambers of Commerce, Industry, Mines and Agriculture (NACCIMA).

The keynote speaker and Group Managing Director of the O’dua Investment Company Limited, Mr. Adewale Raji, in his paper entitled ‘Future Skills & Innovation in Corporate Organisation: Striking Partnership with Universities’, noted that given the changing labour market demands, universities need to facilitate the conduct of researches on emerging skill requirements of the current and future labour market.

“This is especially important given the rise of new technologies globally and their rapid diffusion in Nigeria as well as the mandatory need for the structural transformation of Nigeria’s economy from a predominantly oil-dominated economy to meet the emerging needs,” he said.

He warned that the consequence of neglecting such investment in human capital is the loss of desired productivity of the next generation of workers. Mr Raji also emphasized innovation, saying that effective partnership between universities and corporate organizations on robust research, especially on product innovation and new technologies, would be of immense value for accelerated economic development of the country.

The chairman of UIRESDEV, Professor F. Offor, in his remarks listed the objectives of the body to include showcasing the wealth of opportunities in both basic and applied innovative researches the University of Ibadan to potential investors, users, entrepreneurs and other stakeholders.

Others, he said, are to disseminate outcomes of key research undertakings by the university staff and students; and to catalyse commercialization of research findings for the benefit of the university community, nation and the world at large.It is also to serve as a platform for securing external funding, thereby enhancing the profiles of researchers and research endeavours at the university, among others.

Ambassador Olukanmi in his address said the theme of the event could not have come at a better time. He emphasized that there is a need not only to conduct relevant and implementable researches, but also to commercialise such research findings.

The Director-General, DAWN Commission, Mr. Oluseye Oyeleye, said the commission’s collaboration with UI’s research and development unit is to technically simplify the nexus between town and gown and at the same time disrupt the perceived gap that exists between university and development practitioners.

He noted that a lot is going on within the confines of the campuses, and that it is DAWN Commission’s goal to increasingly connect the researchers/researches with the industry in order to move the nation from the backwaters to the front as a country operating at the cutting edge of solution-driven innovations.

The deputy vice chancellor, Research, Innovation and Strategic Partnerships, UI, Professor Olanike Adeyemo, who represented the vice chancellor, also spoke of the need to conduct researches that solve specific problems in the society – which she said UI is already in the vanguard of.

She particularly expressed delight and commended the organisers of the fair for bringing students from secondary schools to witness the event.