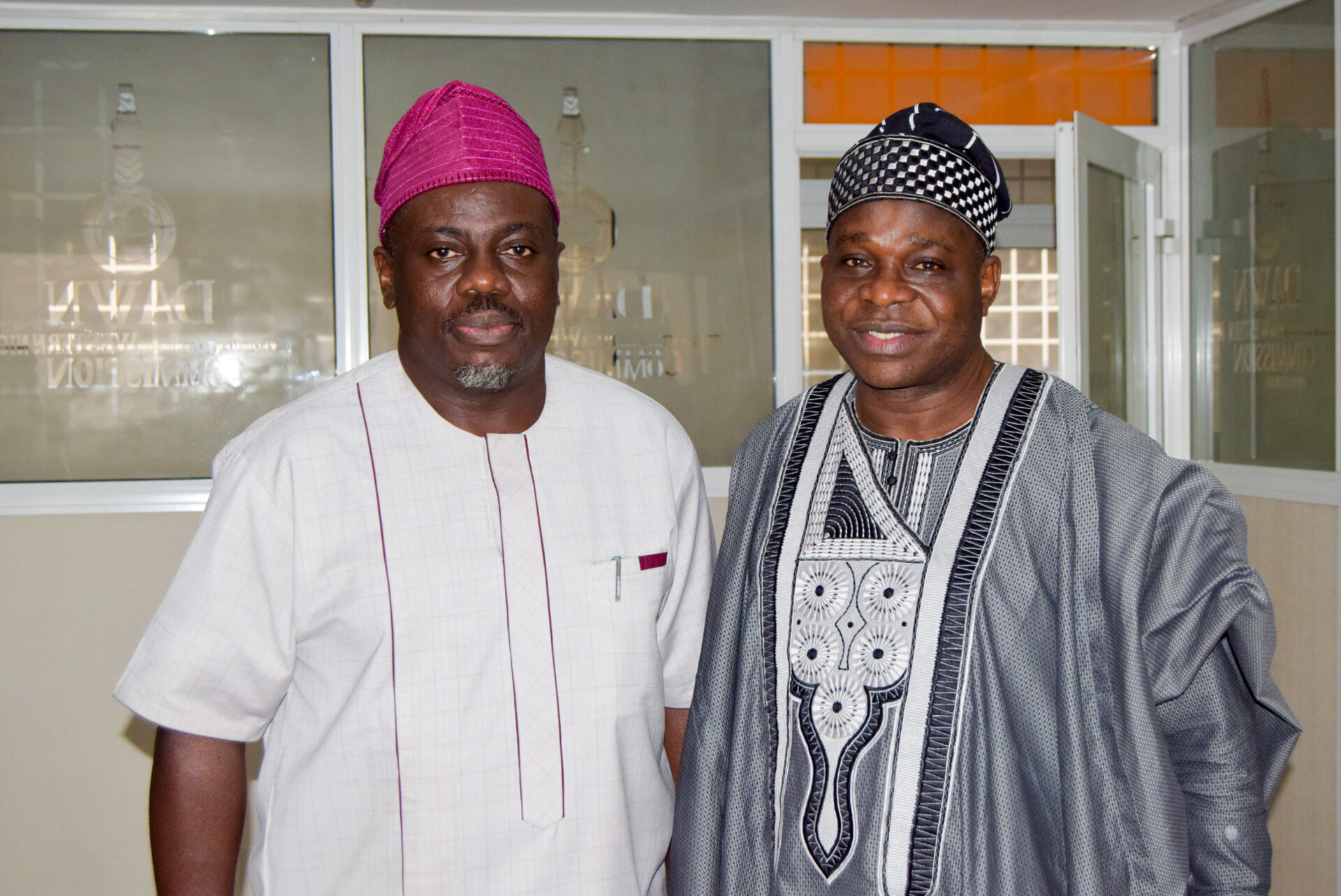 The Director-General of DAWN Commission, Mr. Seye Oyeleye, received in audience the Nigerian Ambassador to Benin, Ambassador Kayode Oguntuase, on Friday, 13th September, 2019 at the office of the Commission.

The Director-General emphasized the need to foster a mutually-benefitting relationship between the Yoruba citizens in Nigeria and Benin Republic and also through DAWN Commission explore possible areas of collaboration between the Government of the Southwest Region and some departments which share boundaries with the Region.

Ambassador Oguntuase in his remark stated the need for promotion of trade facilitation project between the chambers of commerce in the Region e.g Ogun NACCIMA and Badagry. He also emphasized on the facilitation of learning and teaching of Yoruba Education in Benin Republic by providing support in terms of Yoruba texts/literary materials. The need to embark on Development projects for Benin-Nigeria e.g Bridge and road construction to enhance economic development was discussed in detail.

It was concluded at the end of the meeting that the Investment and Economic development desk as well as the Homeland Affairs desk of the Commission will engage more with the Yoruba organisations in Benin Republic by sending invitation for relevant programmes and events.