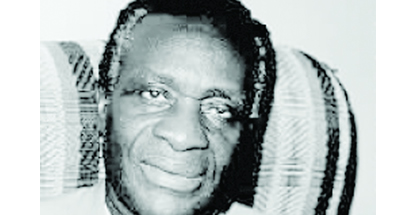 Late Prof. Thomas Adeoye Lambo OBE was a Nigerian scholar, a psychiatrist and a philanthropist. He was the First African Psychiatrist and the First Deputy Director-General of the World Health Organization (WHO).

Prof Lambo was born 93 years ago, precisely March 29, 1923, in the city of Abeokuta, Ogun State. He contributed immensely to the growth of psychiatric practice in Nigeria. He was one of the pioneer psychiatrists that helped in setting up Government Health Establishments within the university system and even federal and state government-owned hospitals and also one of the first to promote psychological rehabilitation of persons with mental illness and disability in Africa.

As the first Western trained psychiatrist in Nigeria, he is credited to be the one who turned four villages in Abeokuta into a therapeutic community which later became World Health Organization Center For Excellence in Brain Health ( i.e. Aro- Neuropsychiatric Hospital, Abeokuta, Ogun State).

Prof Lambo had his early education at the famous Baptist Boys High School, Abeokuta from where he proceeded to the Medical School, University of Birmingham, where he obtained his MBBS. Shortly after his graduation, he became a House Surgeon, at General Hospital Birmingham in 1949 and House Physician, Midland Nerve Hospital, Birmingham in 1950 and then returned to Nigeria.

On his return to Nigeria, he worked with the Western Region Medical Services as Medical officer besides working in other part of the country. His quest for professionalism led him back to the United Kingdom where he enrolled at the Institute of Psychiatry, King’s College London. On his return back to Nigeria, he was appointed the Specialist in charge of the newly built Aro Psychiatric Hospital.

Prof Lambo in due time became famous for his work in ethno-psychiatry and psychiatric epidemiology. He became a Consultant Psychiatrist, University College Hospital, lbadan, and Associate Lecturer, University of lbadan, in 1956. He pioneered the use of modern curative techniques combined with traditional religion and native medicines. With the help from farmers near the asylum, he took some of the patients as laborers, while they simultaneously underwent medical treatment.

Prof. Lambo traveled around the country and brought in a few traditional healers from different parts of country as practitioners. His style helped relieve public mistrust of mental health hospitals and introduced to public discourse the care and treatment of mentally ill citizens.

He is credited as providing a platform for re-integrating mentally ill patients into a normal setting and environment and to a certain extent shedding at least some of the stigma associated with those suffering from mental illness.

He was Specialist, Neuropsychiatric Centre of the defunct Western Region of Nigeria (1957-60); Senior Specialist, Neuropsychiatric Centre, Western Region, 1960-63 and appointed Professor of Psychiatry, University of lbadan, 1963.
In 1966-68, he was Dean, Medical School, University of Ibadan, and appointed Vice-Chancellor, University of Ibadan, 1968-71, and was appointed Assistant Director-General, World Health Organisation (WHO), Geneva, 1971-73 while he was appointed Deputy Director-General, World Health Organisation (WHO) between 1973-81. He retired voluntarily in June 1988 after founding the Lambo Foundation of Nigeria in 1982.

The Foundation conducts research in psychiatry, neuroendocrinology, novel integrative medicine, offer scholarships, grants and fund treatments for those who cannot afford it. He was also the proprietor Lambo Foundation Clinical Centre, lkeja, Lagos.

Prof. Lambo published over 250 academic publications with various honorary D.Sc degrees across the globe. He was a Pontifical Academician to the Vatican City and also honored with Order of the British Empire (O.B.E).

He passed on 12 years ago on the 13th of March 2004, leaving an enviable mark of excellence for others in the profession to emulate.

May his soul continue to rest in peace.