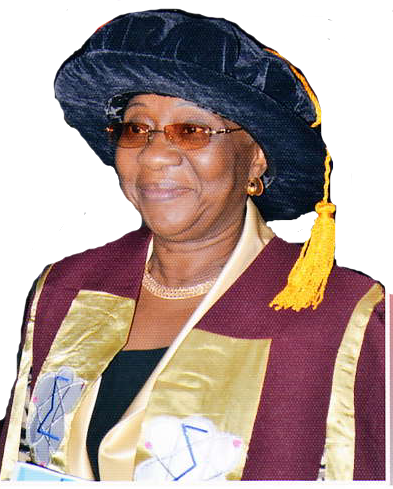 Olatokunbo Arinola Somolu (Engr. Dr.), is the first female Nigerian doctorate degree holder in any field of engineering. She was born in Lagos State on 11th of October, 1950.
She had her primary education at Anglican Girl’s School, Lagos (1957-1962) and her secondary education at Queen’s College, Yaba, Lagos, which she finished in 1967 with eight distinctions.

Her engineering prowess can be appreciated through the major projects she supervised. These include: The world class NNPC Towers Complex in Abuja, DPR offices in Kofo Abayomi, V/Island, the New Atlas Cove Jetty and NNPC Floating Fuel Filling Stations. She voluntarily retired from NNPC in 2009 after 27 years of active and dedicated services

Dr. Somolu has undertaken several national assignments. She was a member of the Boards of Federal Emergency Road Management Agency (FERMA) and the Nigerian Inland Waterways Authority (NIWA). She was inducted into the Nigerian Women Hall of Fame in 2007 as the first Nigerian Female to hold a Ph.D. in Engineering.

She has received several honours and awards for her professional excellence. She is a COREN Registered Engineer, Fellow, The Nigerian Society of Engineers and Member, Nigerian Institute of Management.