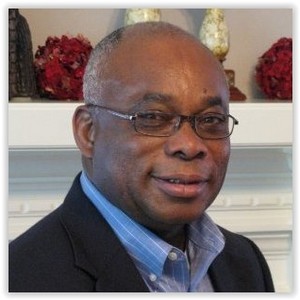 Soni Oyekan was born in Aba, Abia State, Nigeria on June 1, 1946. He completed his high school studies at St. Paul’s College, Zaria, in 1963, and his advanced high school education at Olivet Baptist High School in Oyo in 1965. Oyekan was a recipient of an African Scholarship Program of American Universities (ASPAU) award which was administered by the African American Institute (AAI) in 1966.

He was awarded the Master of Science (MS) degree in 1972 and the doctoral (PhD) degree in 1977. His MS degree thesis title was on “The Stability of Low Tension Interfaces—Effects of layers of Discrete Dipoles and Charges”. The title of his doctoral thesis was “An Infrared Spectroscopic Study of the Isomerization and Hydrogenation of Cyclic Olefins Over Zinc Oxide”.

Dr. Soni Oyekan is the President and CEO of Prafis Energy Solutions. Prafis Energy Solutions is an oil refining and energy consulting services company. The company is located in Richmond, Texas. Prior to startup of his oil and gas processing consulting services company in 2013, Dr. Oyekan contributed to chemical engineering and oil refining with his inventions and studies on catalytic systems and the catalytic naphtha reforming process. His patents are used for enhanced profitability in reactor engineering and catalysis for the processing of crude oil to meet consumer demands for transportation fuels, heating oil, propane and butane gases.

Soni has over 42 years of experience in petroleum refining technologies and operations. He worked at the Exxon Research and Development Laboratory in Baton Rouge between 1977 and 1980; at Engelhard Corporation between 1980 and 1990, and DuPont between 1990 and 1993, leading research and development programs in catalysis and reaction engineering. After 1993, Soni moved into the management of Oil refineries, with technical management assignments as senior consultant/corporate process technologist at Sun Oil Company (Sunoco)1993 to 1997; BP/Amoco, 1997 to 1999, and Marathon Petroleum Corporation, 1999 to 2013. Dr. Oyekan has received several awards and recognition for his contributions in oil refining, chemical engineering and in the mentoring of engineers and technical personnel. He is a member of the AIChE Foundation Board of Trustees and a Fellow of the AIChE. He was honored by AIChE Minority Affairs Committee (MAC) with its Distinguished Service award in 2000. The Fuels and Petrochemicals Division honored him with its Distinguished Service award in 2002.

Dr Soni Oyekan was named an Eminent Black Chemical Engineer at the AIChE Centennial Meeting in 2008. He was the recipient of the AIChE William W. Grimes award for excellent contributions in chemical engineering and for the mentoring of underrepresented minority groups in 2008. Dr. Soni Oyekan was the recipient of the 2009 Percy Lavon Julian award. The Percy Julian award is the most prestigious honor given by the National Organization for the Professional Advancement of Black Chemists and Chemical Engineers (NOBCChE). The award recognizes and honors a recipient’s scientific contributions and achievements, dedication to research, commitment to the educational development of others and passion for the chemistry profession.

He is listed in the 2000 13th edition of Who’s Who Among African Americans. Soni is currently a member of the Foundation Board of rustees of AIChE, and a member of Sigma Xi, Phi Kappa Phi honor societies, and of the Yale Manuscript Society.

Soni Oyekan has 15 patents including 5 US patents and over 70 publications on a variety of topics in petroleum refining and catalysis. He has contributed over the years in numerous technical discussions on petroleum refining at the annual National Petroleum Refiners Association (NPRA) Q&A conferences. NPRA is now the American Fuel and Petrochemical Manufacturers (AFPM). He is a co-author of Catalyst Regeneration and Continuous Reforming Issues with P. K. Doolin and D. J. Zalewski, in the Catalytic Naphtha Reforming book, Second Edition, edited by G. J. Antos and A. M. Aitani, Marcel Dekker, 2004.

Soni and Priscilla Ann Oyekan have four children and they reside in Richmond, Texas.

He is truly an AKINKANJU!