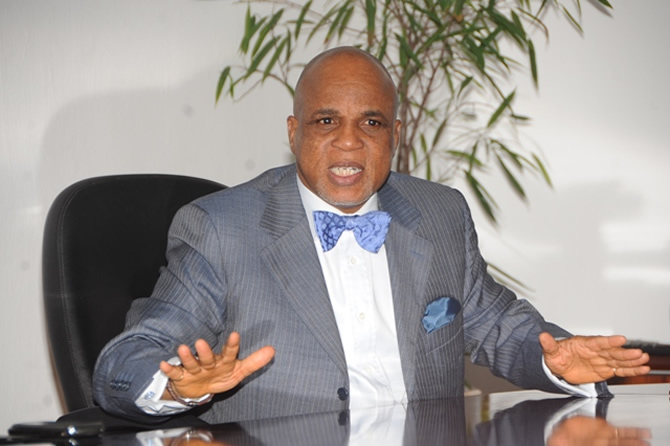 Abiodun Olusina Shobanjo was born on the 24th of December, 1944 in Jabba, Kwara State where his father worked with Nigerian Railway Corporation.

He attended St. George’s Primary School, Zaria in the North-western part of Nigeria, thereafter proceeding to Odogbolu Grammar School in the Southwest. He later attended the College of the Institute of Marketing, Cookham, Maidenhead, England, where he obtained the College’s certificate in Marketing.

Mr. Biodun Shobanjo started his communications career in 1964 with Nigeria’s equivalent of the BBC, the Nigerian Broadcasting Corporation (NBC) now Federal Radio Corporation of Nigeria (FRCN) as a studio manager leaving as a producer in 1971. He later joined the Client Service department of the American owned agency, Grant in 1971. He was appointed to the board after only four years, becoming the company’s deputy managing director shortly after and serving in that role for four years.

At the end of 1979, he came to the conclusion that he needed to leave his plum job to chart a new course. He established Insight Communications, a marketing communication company and a big player in the advertising business in Nigeria which opened for business in January, 1980.

When Insight Communications found itself in a situation where outdoor advertising media owners were short-changing clients with their poor service delivery, Insight’s most important clients were threatening to take their entire businesses if the outdoor media offering was not improved. With no control over the outdoor media suppliers, Shobanjo invested in an outdoor media company, a move which met with resistance from some sections of the outdoor industry.

A few years after, he established the first PR consultancy in Nigeria, The Quadrant Company in January 1990, to offer public relations services to their clients who have been asking for that communication offering. The same year, the need to address account conflict resulting from referrals by satisfied clients led to the establishment of MC&A, the first Nigerian AD agency to be affiliated to the Saatchi & Saatchi global agency.

Following the need to provide security for their key assets and investment, the group which has now come to be known as the Troyka Group floated a security and asset protection company called Halogen Security. The outfit was to look after their senior managers, their residences and offices. As the outfit grew, they discovered that they had extra capacity and decided to offer their services to those who desired them. The group continued, under the leadership of Mr. Shobanjo, to expand into diverse and growing sectors of the brand communication business.

Biodun Shobanjo was one of the founding members of Association of Advertising Practitioners of Nigeria (now Association of Advertising Agencies of Nigeria and later presided over the association. Mr. Biodun Shobanjo who was adjudged Nigeria’s advertising man of the 20th century by Weekend Concord in 1999 and bagged the Success Digest Enterprise Award as the Entrepreneur of The Decade is a fellow of the Advertising Practitioners Council of Nigeria (APCON) and a Fellow of the Commonwealth Journalist Association. He is also a Member of the British Institute of Public Relations and a Chartered Member of the British Institute of Marketing.

Mr. Biodun Shobanjo today oversees the activities of Troyka Holdings with many of the companies playing leading roles in their respective industry categories. The companies include: Insight Communications, Optimum Exposure, Media Perspective, MediaCom, The Quadrant Company and Halogen Security which, amongst others employ over seven thousand Nigerian men and women.